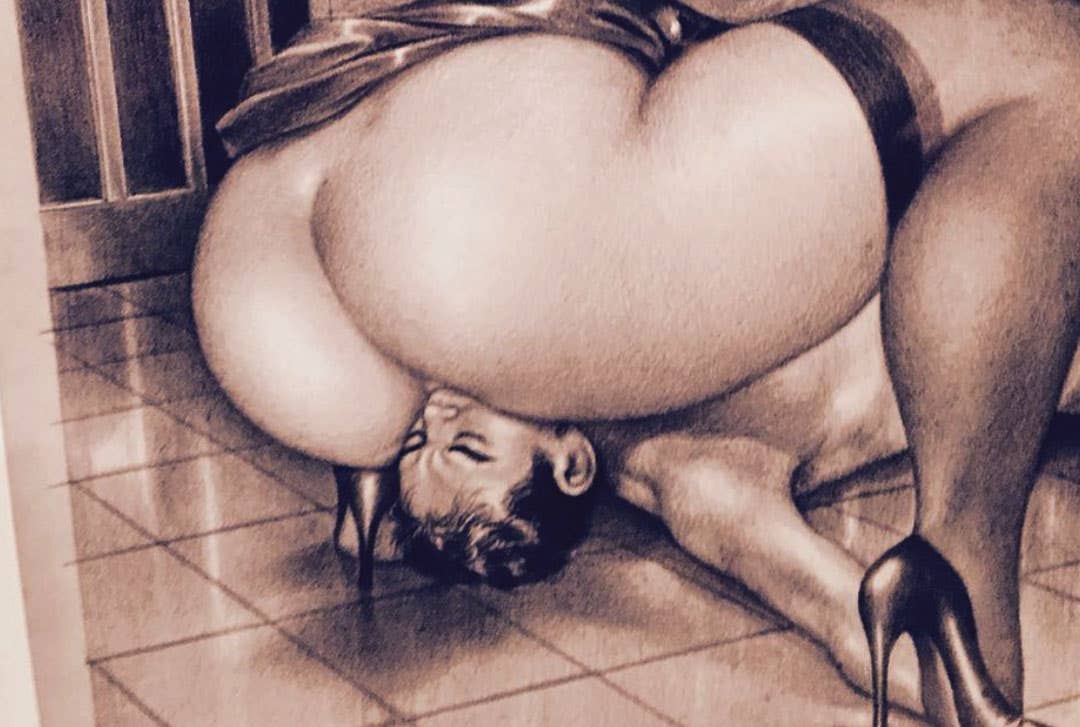 Note: All images are by Namio Harukawa and posted as a tribute. If you own these images and wish us to remove them, please Contact Us. 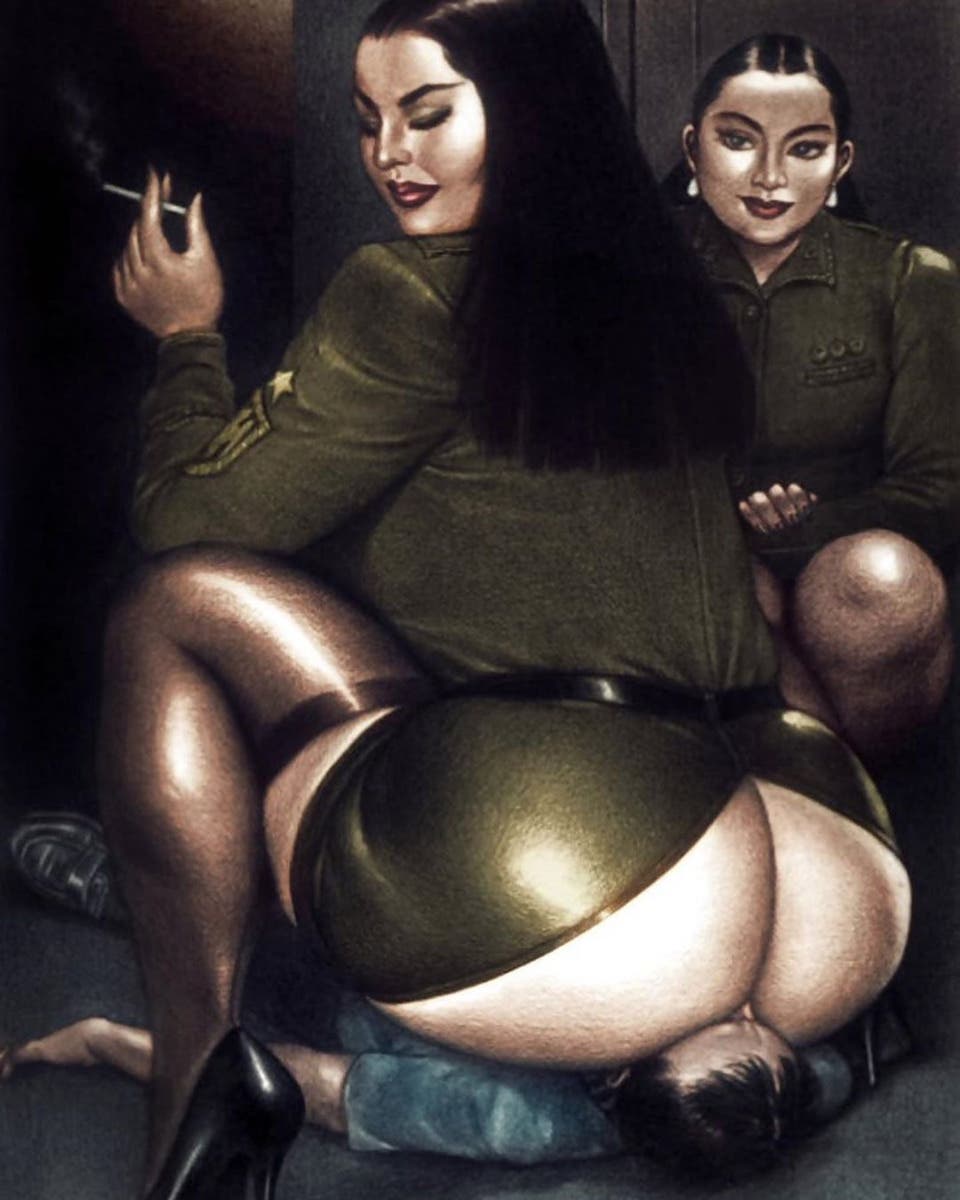 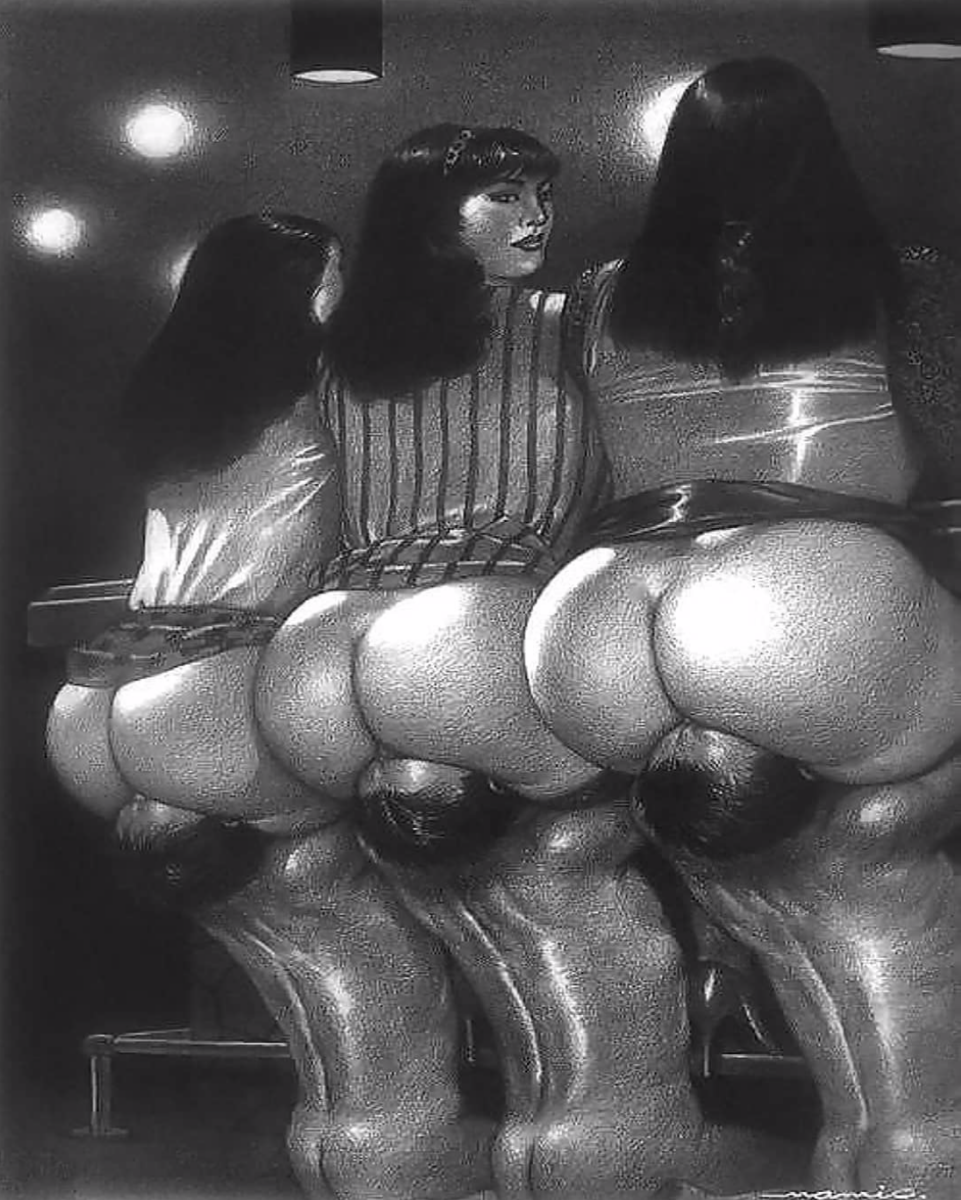 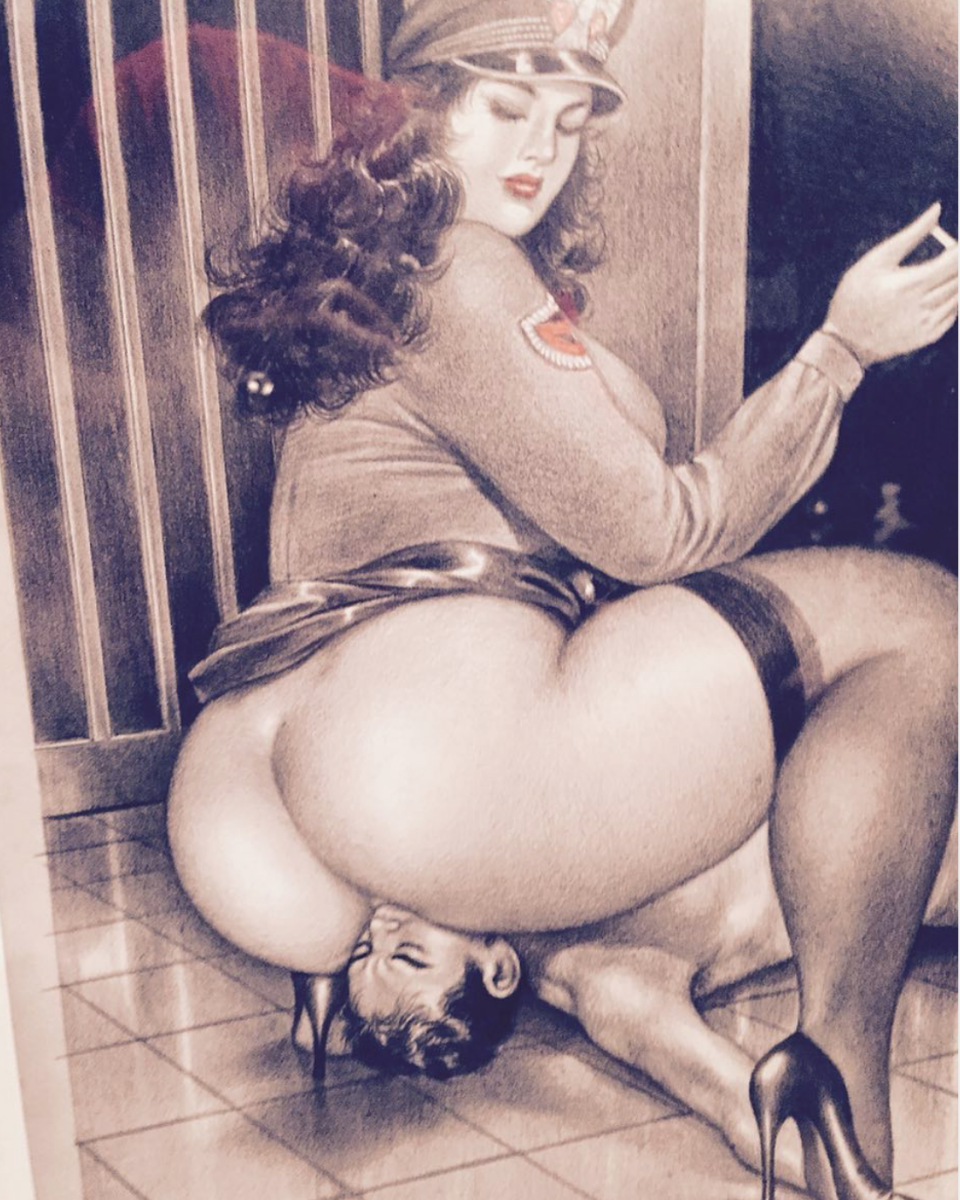 He developed a career as a fetish artist in the 1960s and 1970s, taking the pen name "Namio Harukawa": formed from an anagram of "Naomi", a reference to Jun'ichirō Tanizaki's novel of the same name, and actress Masumi Harukawa. Though he worked in pornographic magazines for the majority of his career, his work received wider recognition and critical acclaim beginning in the 2000s. 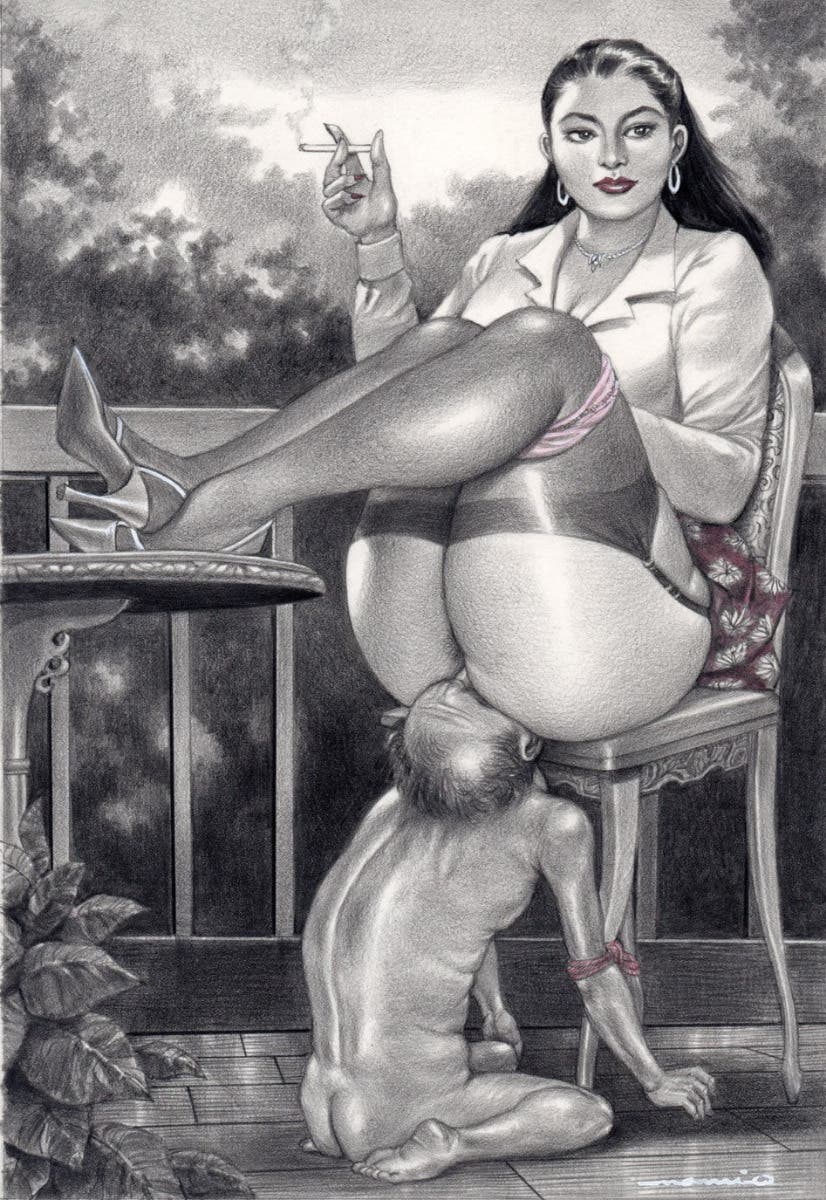 His artwork typically features women with large breasts, hips, legs, and buttocks dominating and humiliating smaller men, typically through facesitting or other forms of sexualized smothering. Bondage and human furniture are depicted frequently in his art." 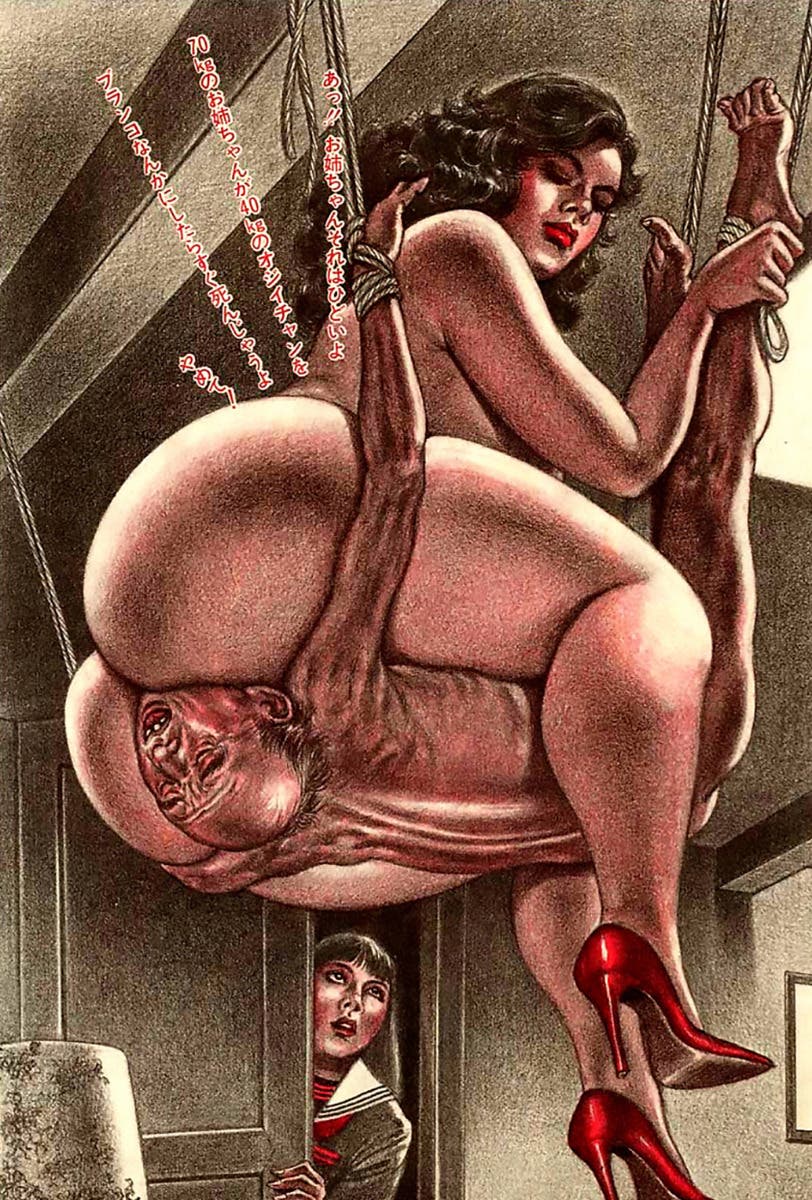 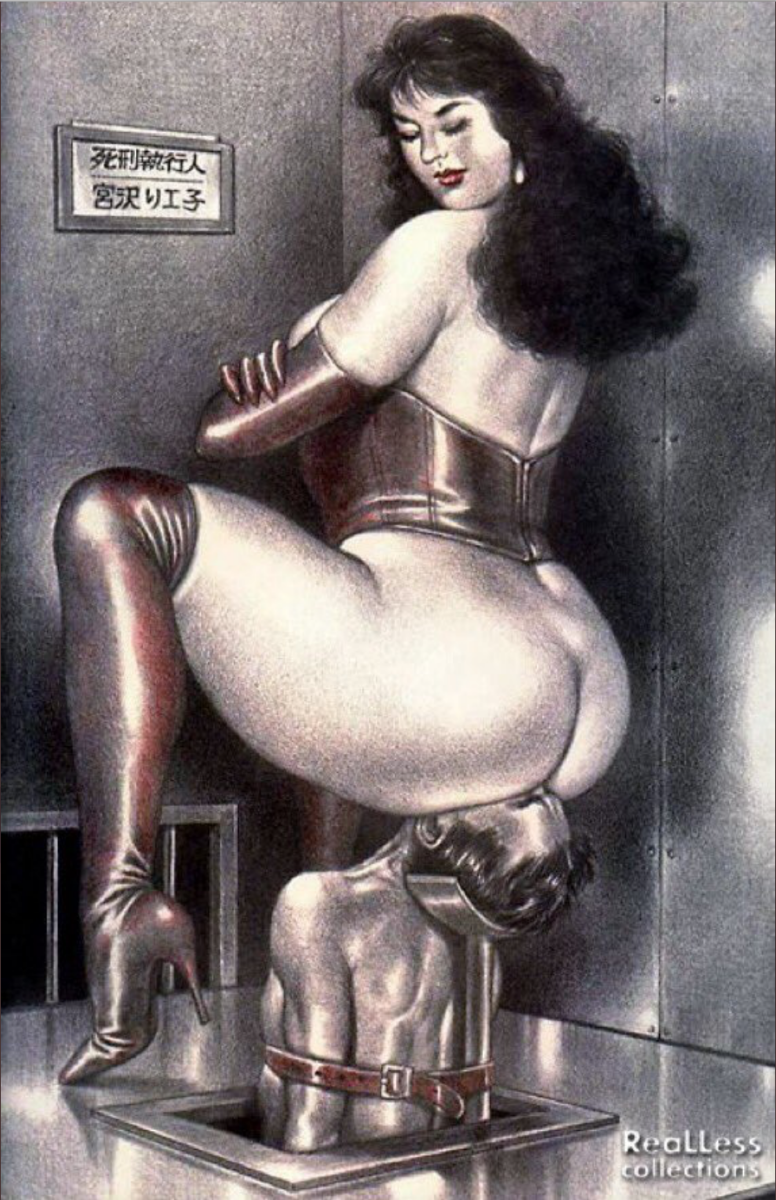 Recent articles remembering Harukawa and his art appeared on a number of art and culture sites, including Dazed, High Snobriety, Cracked, and Juxtapoz. Check them out for many more examples of his art. 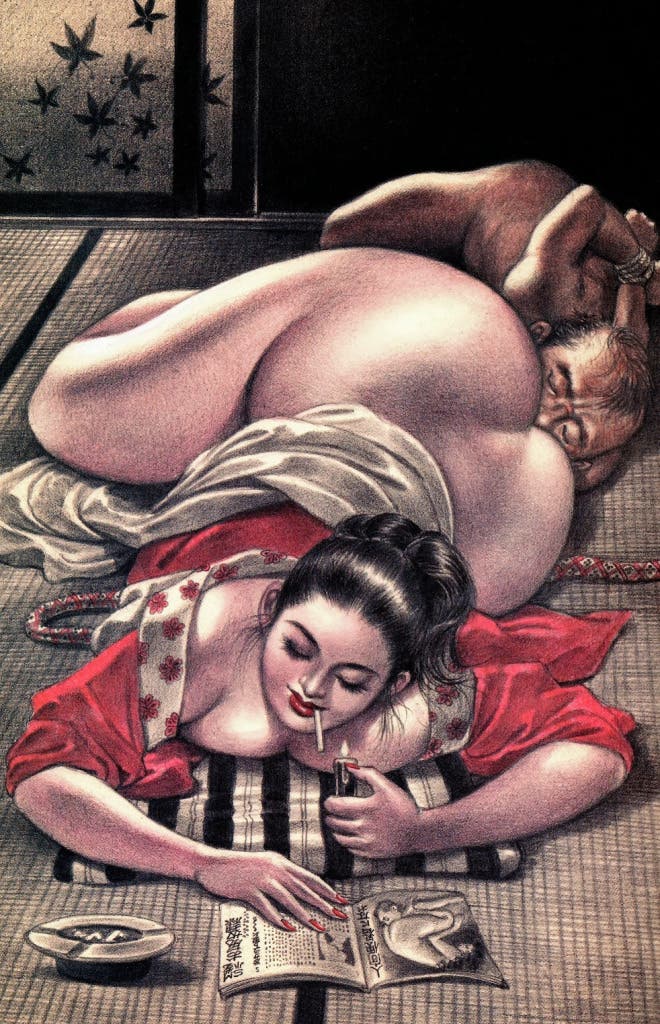 There is also a virtual archive on Instagram at @artworkbynamio. •