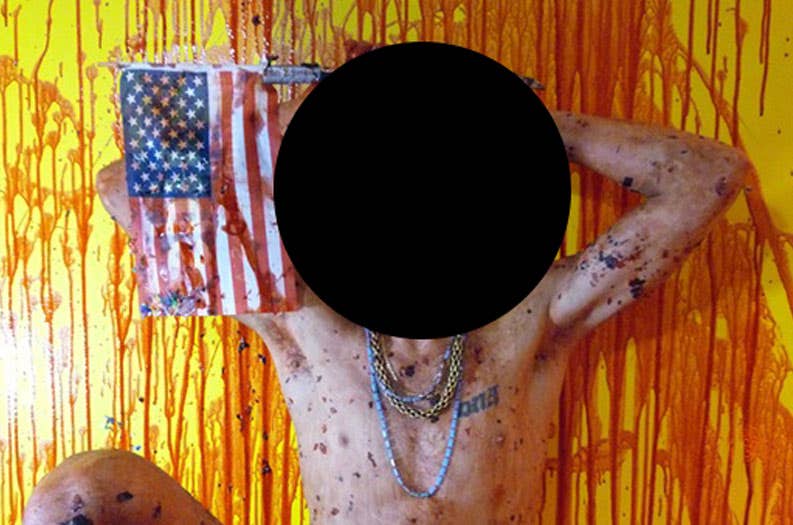 Love it or hate it, social media has increasingly become a battle ground for free speech.

For those out there who are social media abstainers, or don't care about social media: time to care. Love it or hate it, social media has increasingly become a battle ground for free speech. Many are familiar with the shady censorship tactics of Facebook and Instgram. Many of our friends have been censored from time to time.

Artists who've been featured here on FKIN (A)rt Friday, such as photographer Ron Amato and NYC mulitmedia artist Gio Black Peter have both had their social media accounts either suspended or deleted, and along with them artwork, comments, relationships and thousands of followers. 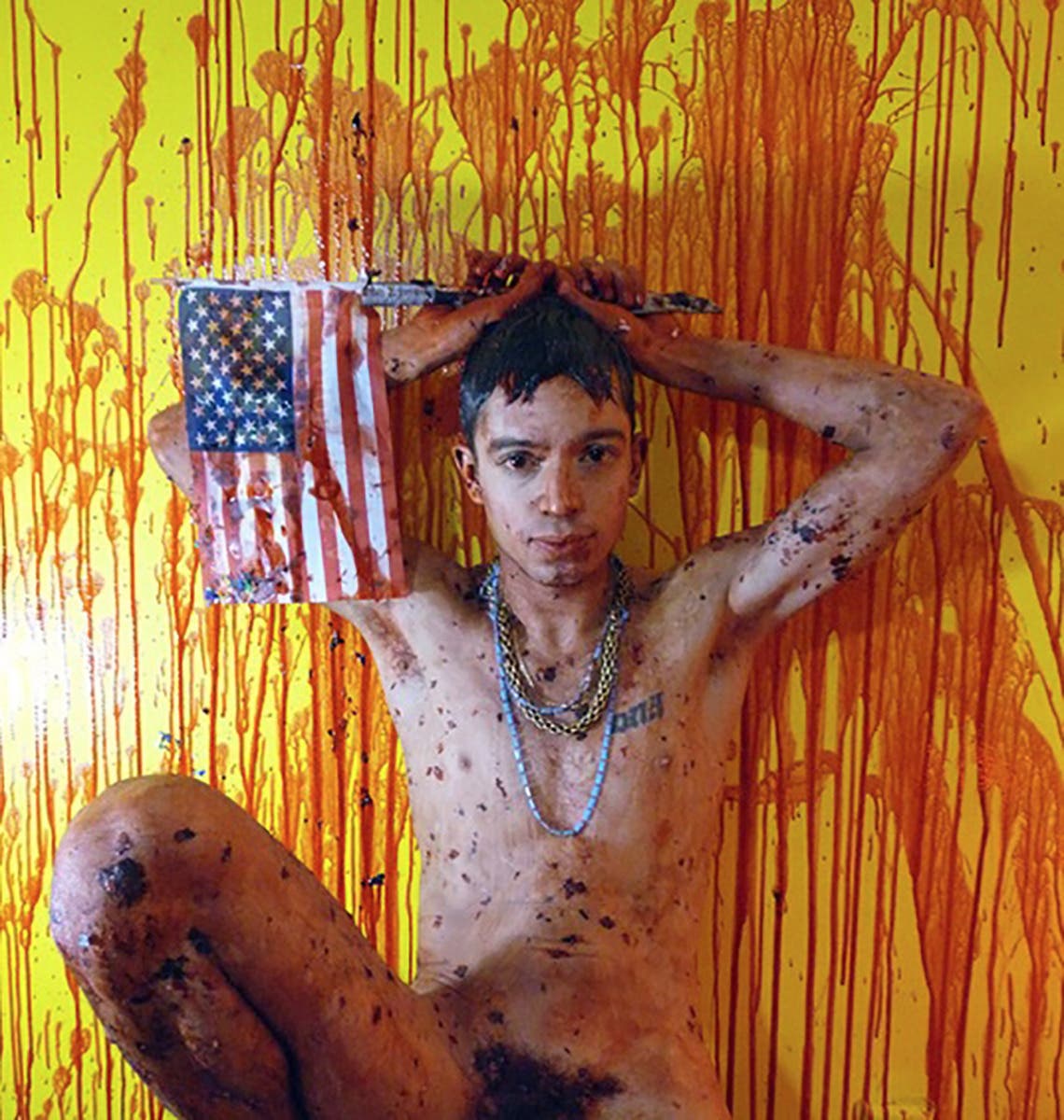 Above: Gio Black Peter by Bruce LaBruce. Read the "Bruce LaBruce is the Migraine of the Masses" interview on Techno|Grafia[s].

Gio recently had two mobbed showings of his exhibition "The Violators," populated by art that had been censored from the internet by Instagram, Facebook, YouTube and Vimeo.

In a statement on "The Violators" website, he says, "To date I've had 10 instagram accounts ( it's why there is an x at the end of my instaname), 15 Facebooks, 2 youtubes and 4 vimeos. One account was deleted for posting a photo of 2 topless friends sunbathing." Read the full statement here. 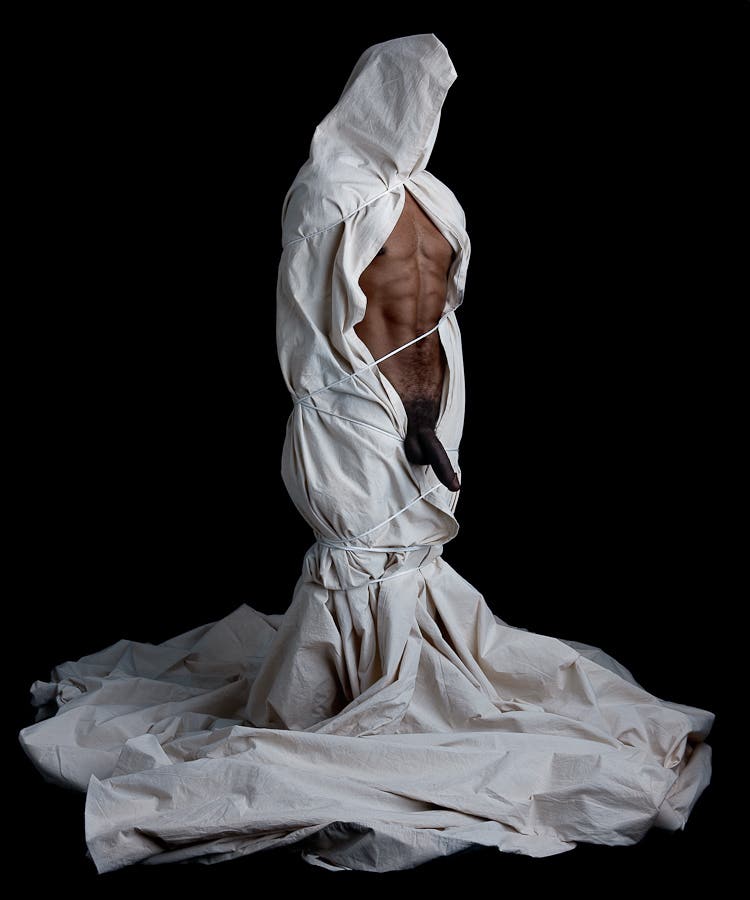 Above: Armor by Ron Amato. See the full series at www.ronamato.com

Amato, who's also battled censorship of his fine art photography, says, "In my experience, queer art, specifically male gay art, is disproportionately targeted on social media platforms as explicit or pornographic. I am in constant danger of having accounts shutdown unjustly because of the narrow, bigoted perspectives of ‘community standards.’”

"Though I've never had an account deleted," he adds, "my Facebook account has been suspended more times than I can count for completely unjust reasons. I've read their community standards over and over, and even quoted them back to them in appeals to no avail. I've lots of Instagram post just disappear without a word and my account went dark for a few hours once. Currently lots of stuff on my Tumblr is flagged, even fully clothed figures." 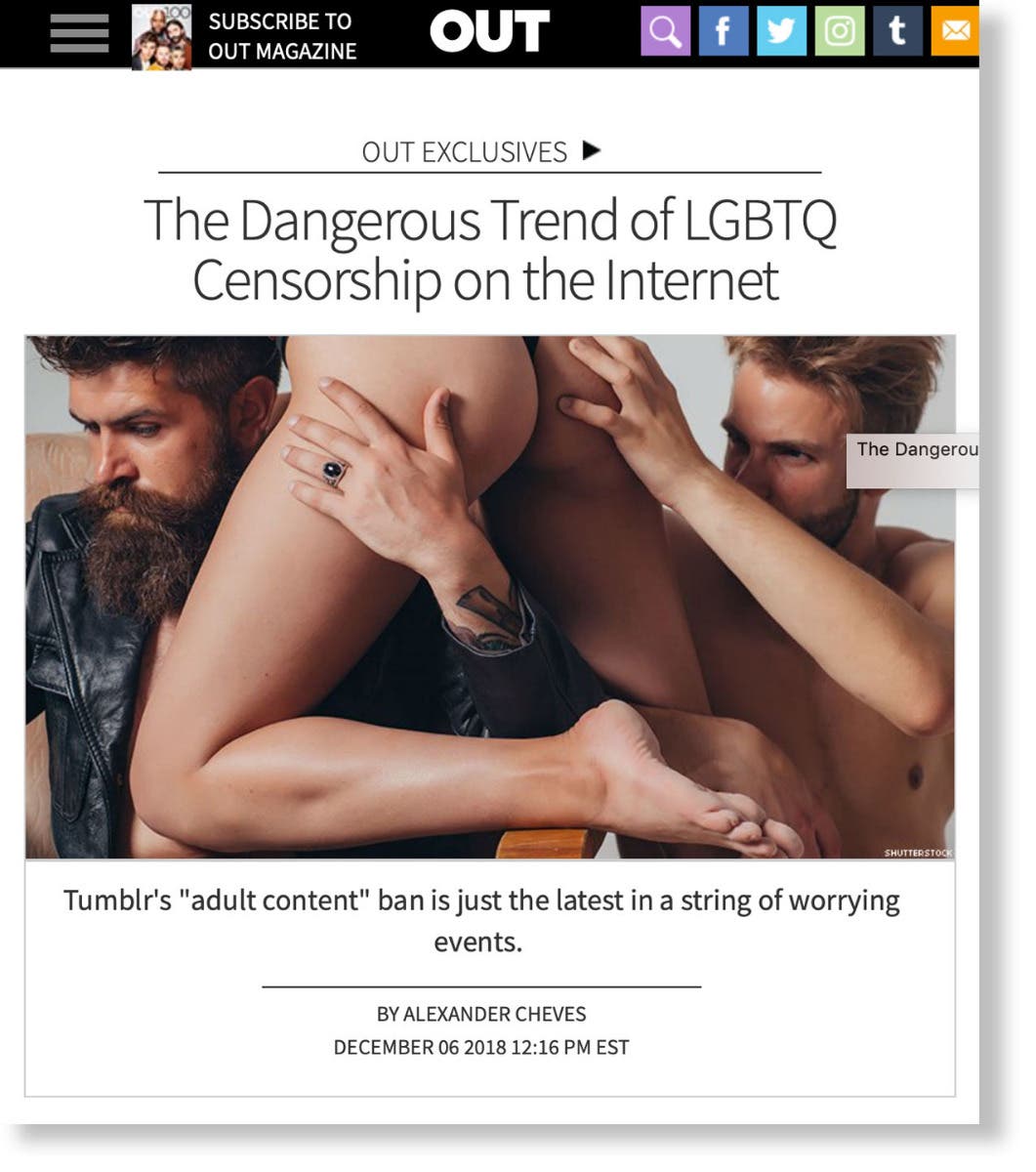 While, bad as it is, one would (like to) think fair censorhsip would not discriminate when it comes to "community standards" (What community would that be?) its clear that algorythms the censoring platforms are skewed to target LGBTQ content. Social media censorship is far more than a gag order slapped on LGBT people and artists, for many its a big hit to their ability to make a living. 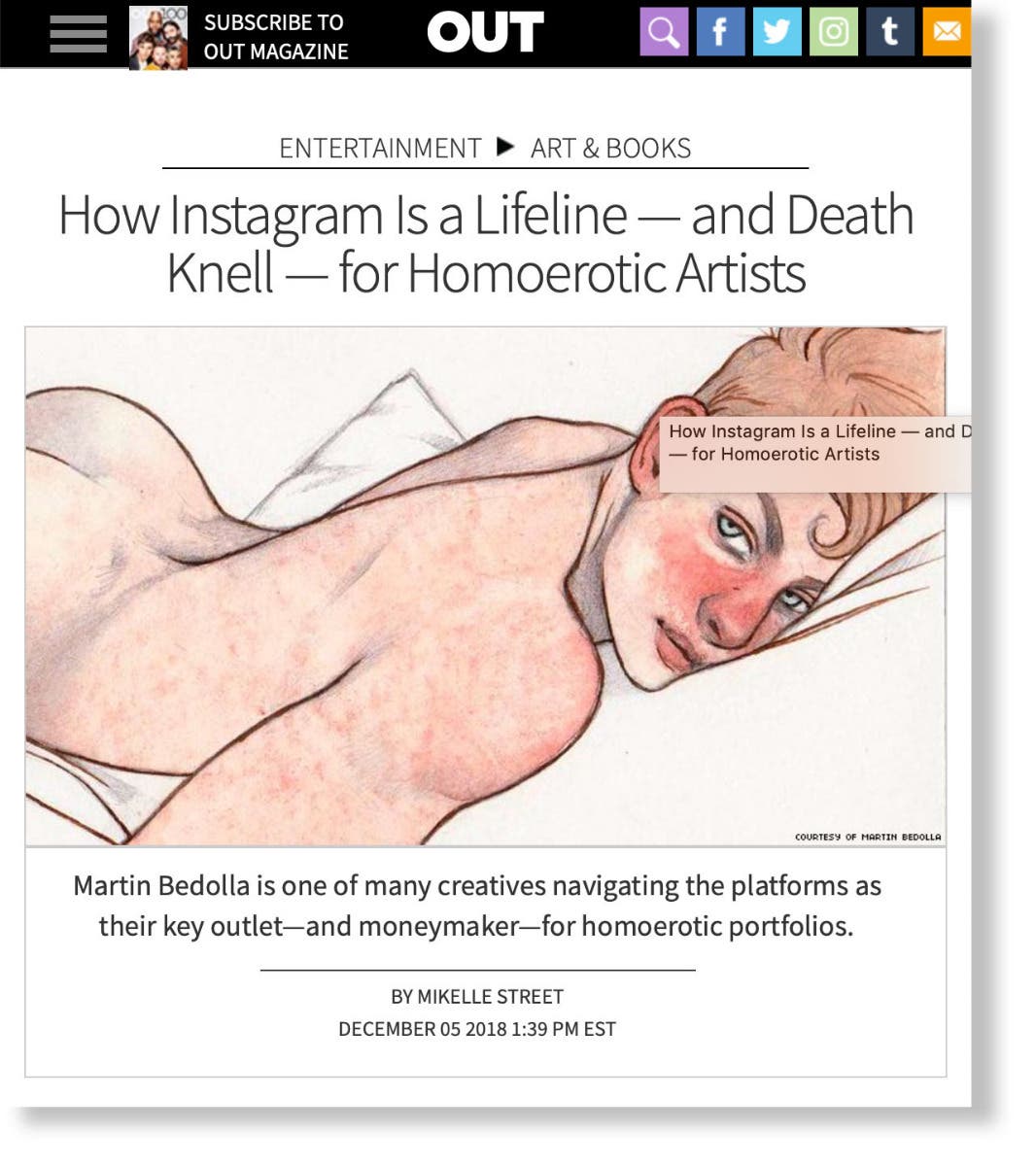 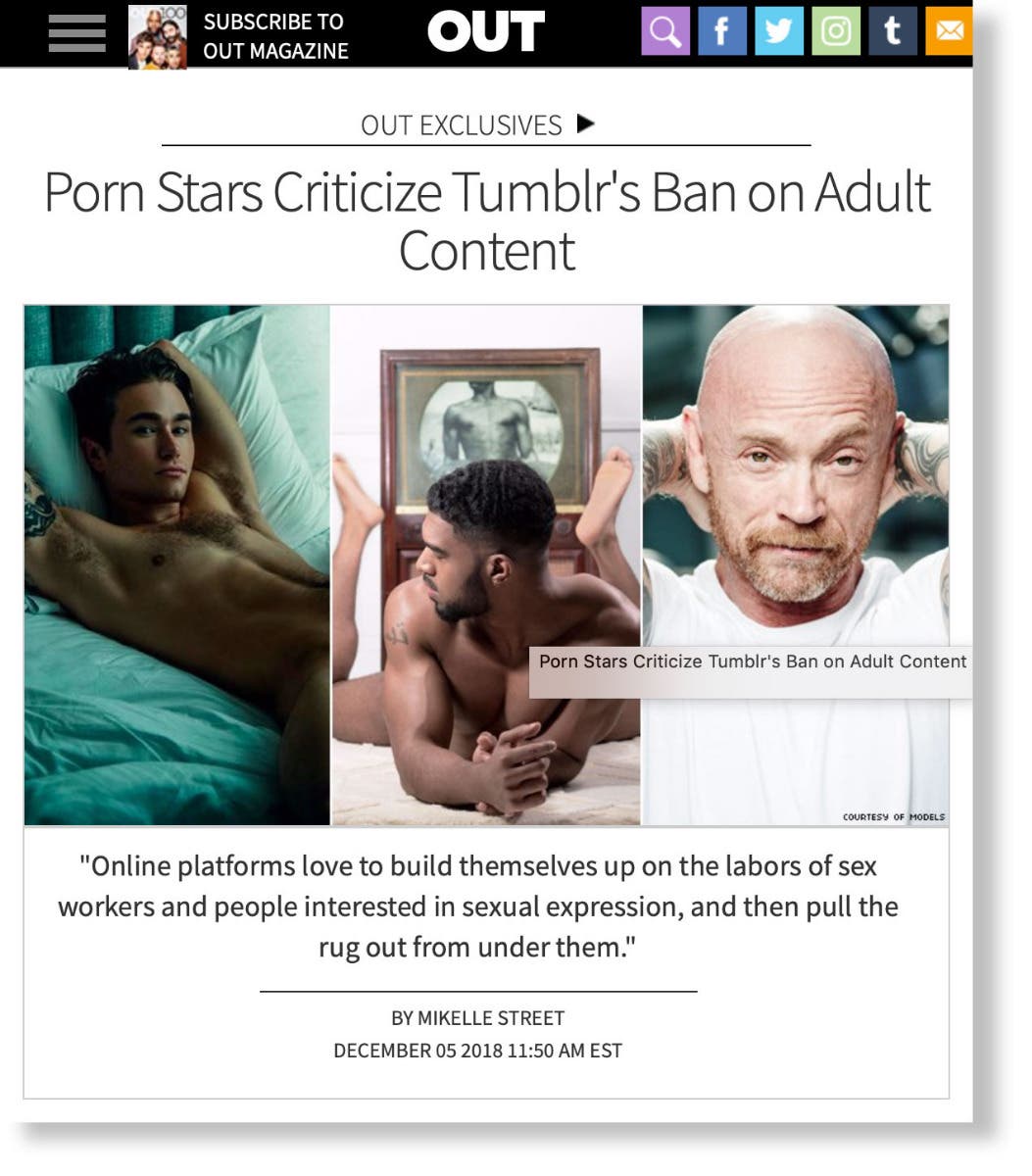 Just now, while writing this post, we tried to "Boost" our Facebook post about the Psychology Today article "When Sex is More than Just Sex." Facebook said: " This Ad May Not Run. This ad can't promote sexual or adult content, products or services. You can read our Advertising Policies for more details." "May!?" Please. We have never succeeding boosting a post due to the nature our business as a sex toy manufacturer.