This from Instinct Magazine. Looks intersting and good. Even with the dream sequence, it's nice to see relatable romance and sex scenes from an equally intersting producer. 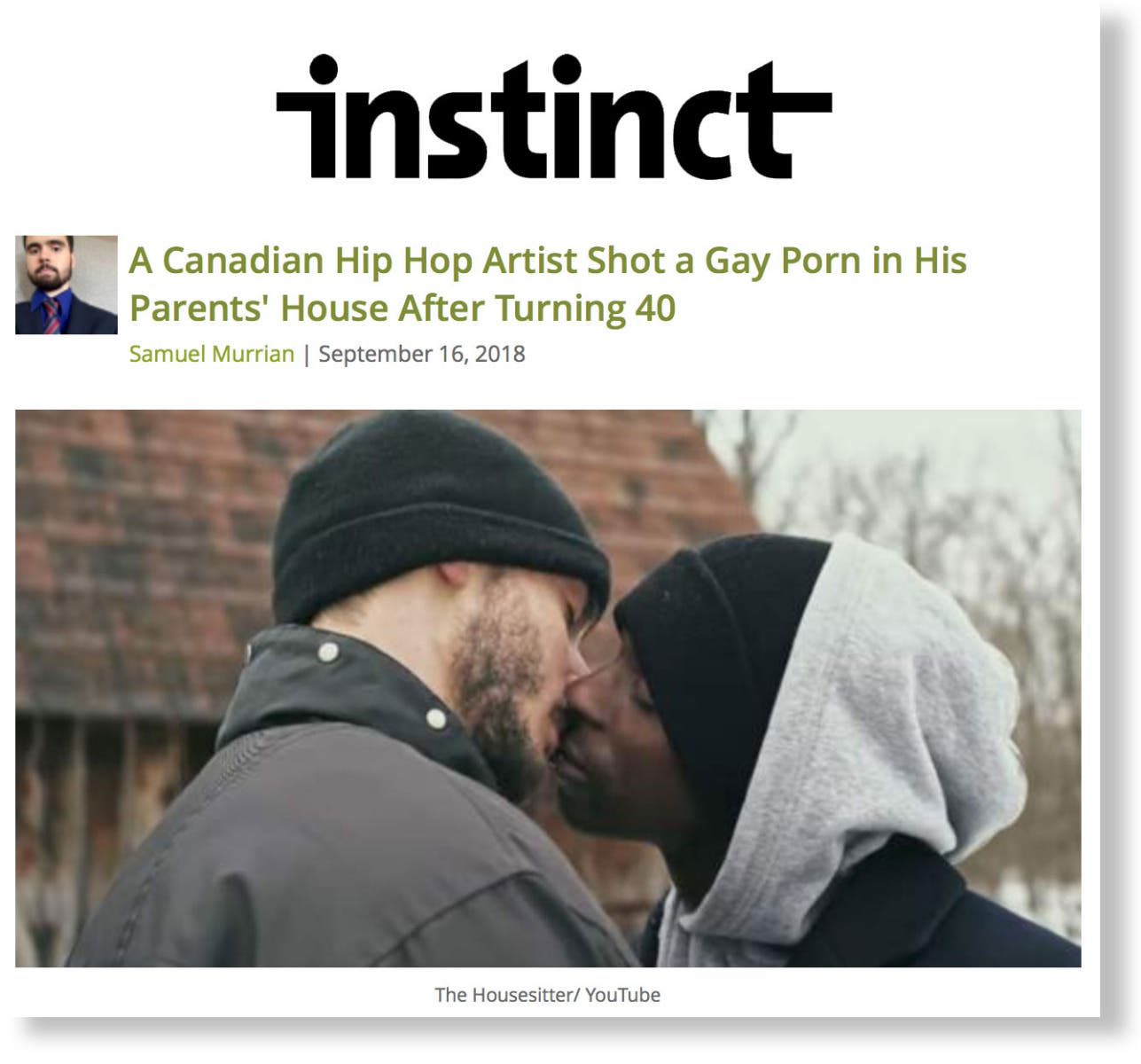 The Canadian hip hop artist whose eclectic style has earned him nicknames like the “Yiddish James Brown and “Gandhi of hip hop,” recently sat down with Vice to discuss his pornographic arthouse endeavor, The Housesitter.