Finally, the Vibrating Ball Sack You've Been Waiting For 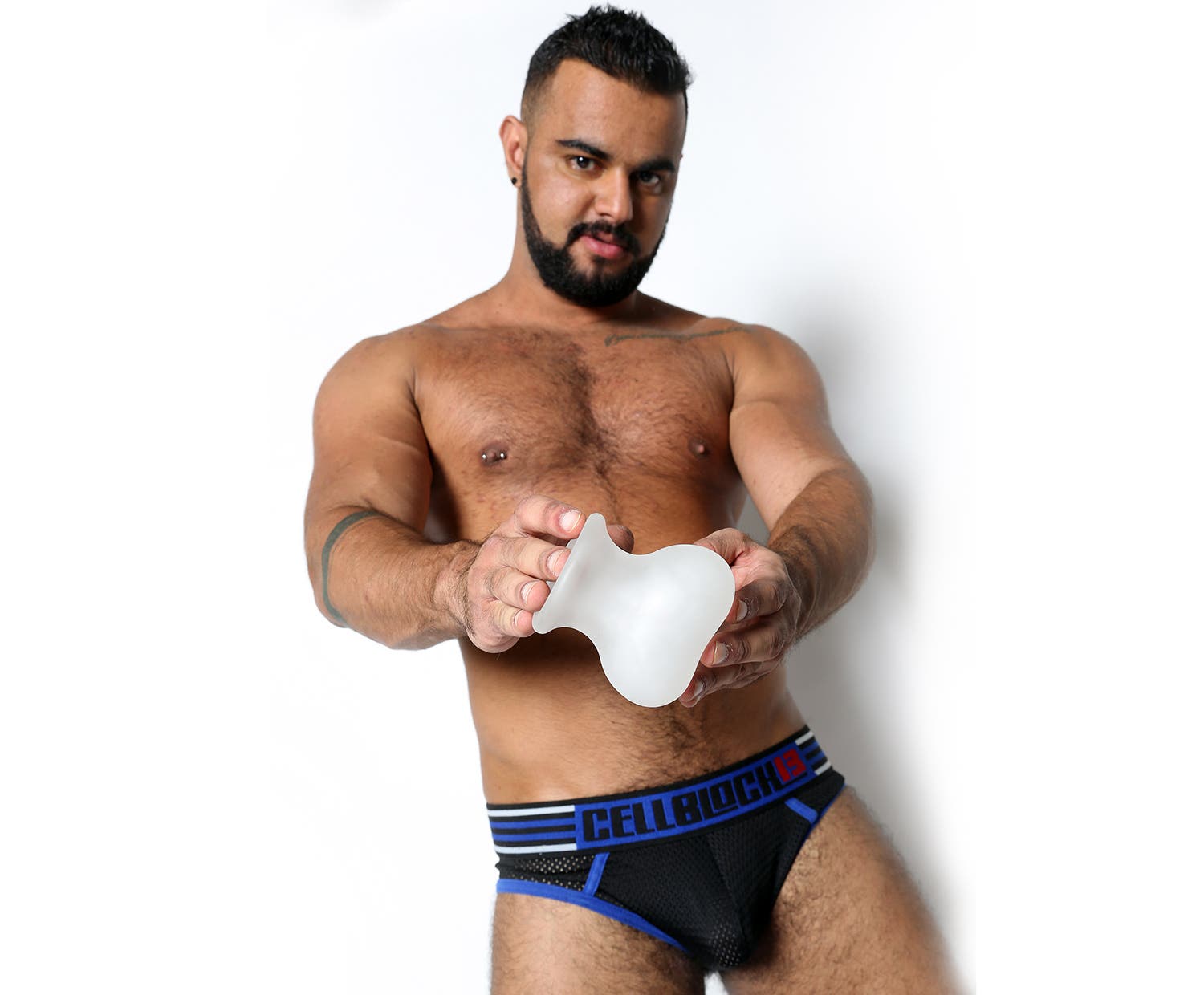 Balls are crazy. They're always there, flopping to and fro underneath the shaft, but they exist somewhere on the periphery of our consciousness, an essential but rarely acknowledged component of the whole, much like George Harrison's role in the Beatles.

And like Harrison's songwriting credits as a member of the Fab Four, the world of ball-specific sex toys is sparsely populated. There are plenty of masturbators and cock rings out there designed to simulate penetrative sex and get a dong harder than the SATs after three pot brownies, but the focus is always on the meat rather than the potatoes. With the exception of some ball stretchers—including this one that allows you to hang a sneaker from your sack—male sex toys are very shaft-centric.

The good people at Perfect Fit noticed that hole in the market and decided to put a ball bag in it. Their creation, the Bull Bag, hit the market a few months ago and is essentially a silicon safe for the family jewels. For the gentleman who likes to shake things up, there is also the Bull Bag Buzz, which has a little vibrating motor at the bottom of the bag.

"For a lot of guys, they don't have a lot of sensation in their testicles, and they don't really hang low," Perfect Fit CEO, Steve Callow, says in a promotional video. "I thought it would be fun to create a little slap action while you're having sex. I came up with a product called the Bull Bag."

I don't hate ball play, but if I have to decide between punching the pope and tickling the bishops, I'm going for the pope 11 times out of ten. But am I missing out on something in my papal fervor? Is there a whole new world of pleasure waiting to be discovered just south of the Vatican? I decided to put my nuts in this bag and find out.

The first thing you'll notice about the Bull Bag is its easy-to-use design. Just stretch the opening at the top of the bag and gently lower your balls inside. The elasticity of the narrow neck will tighten around your junk, securing your boys inside their new cozy silicon apartment. The Bull Bag is also very stretchy and has an almost fuzzy texture to it, unlike many of your average cock rings and ball stretchers.

The funny thing about nuts is that, like cocks, they come in all sorts of shapes and sizes. I don't have especially large or pendulous balls, so, for me, the bag was a bit too spacious, like a boxed two-bedroom when a studio would have been fine. But a perfect fit is hard to come by no matter what type of dick product you're trafficking in, and while a snugger fit would have been nice, I know plenty of guys with more than enough flesh to fill out the pocket.

At its core, the Bull Bag is really just a ball stretcher with a better design. A traditional ball stretcher is a thick rubber band or leather strap that wraps super tightly around the nuts. Most stretchers are a bit too tight for my tastes, usually leaving me with a kicked-in-the-nuts feeling after taking them off. The nice thing about the Bull Bag is that, while it was a bit too spacious around the bottom of the testes, that bagginess made for the perfect fit up top—not too tight or pinchy. It also creates a nice ball swinging motion, turning your unit into a Cirque du Soleil trapeze artist.

The Bull Bag Buzz does essentially the same thing but with the added benefit of vibration. Personally I couldn't feel much of the buzz, but that might have been due to the spaciousness of my bag, as mentioned earlier. The motor goes at three speeds, which I could only differentiate by how high-pitched the buzzing was. The extra stimulation felt good on my thighs and hand while jerking off, and I imagine that vibration slamming against sensitive lady parts would add a jolt to an encounter between a P and a V, but that is beyond my area of expertise.

As the old saying goes, where there is a niche in the market the sex toy industrial complex will strive to fill it, and that's exactly what they've done here. It didn't add much to my masturbatory experience other than a sense of novelty, but sometimes that's all you need to spice things up. In short, if you're the kind of person who enjoys piling copious amounts of attention onto your balls, the Bull Bag just might be a godsend. I'm not really that guy, but then again I never liked George Harrison's "While My Guitar Gently Weeps."