Why I Choose to Pursue the Pervier Side of Life

If you're not reading and following Karley Sciortino, do! Her smart, funny, and frank discussions about sex in all its variations and kinks is good fun.

You can find her brilliance in her "Breathless" column for Vogue in her recently released book, "Slutever: Dispatches from a Sexually Autonomous Woman in a Post-Shame World" and Vice Video show "Slutever." 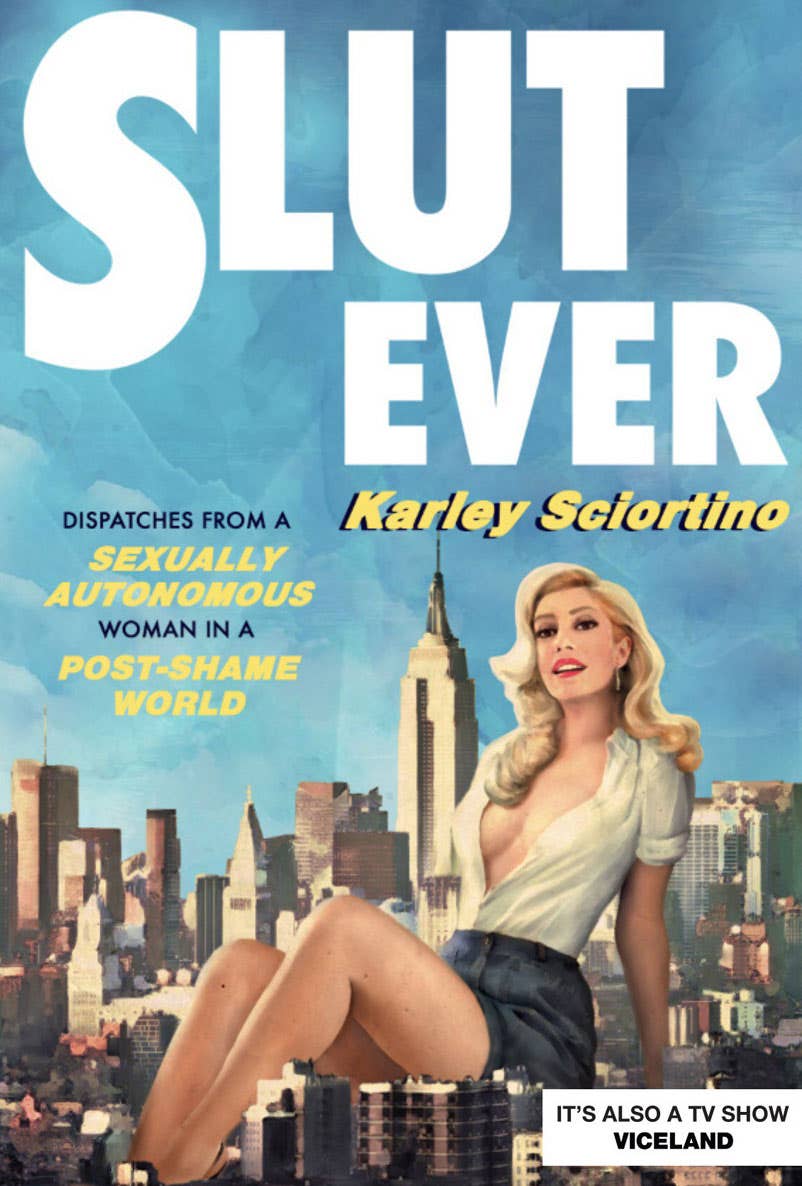 Her latest "Breathless" column, "Why I Choose to Pursue the Pervier Side of Life" for Vogue begins prominsingly and more than delivers:

I have a weird relationship with my tailor. He’s a smiley, petite, ancient Japanese man who speaks roughly seven words of English, but unexpectedly, over the past few years, we’ve grown pretty close. Maybe even too close? He fingered me, basically. Well . . . ish. It’s complicated. 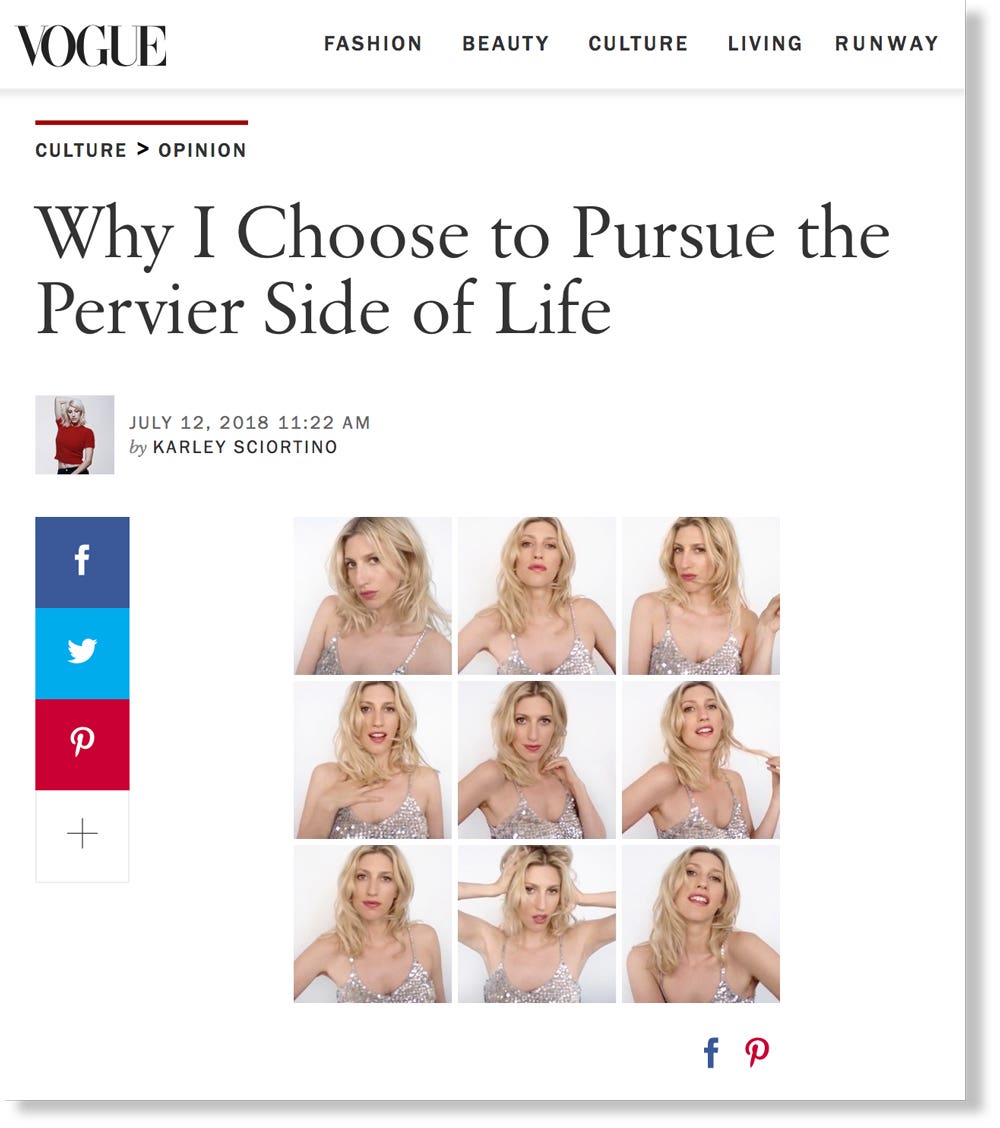 More about Karley at Slutever.com