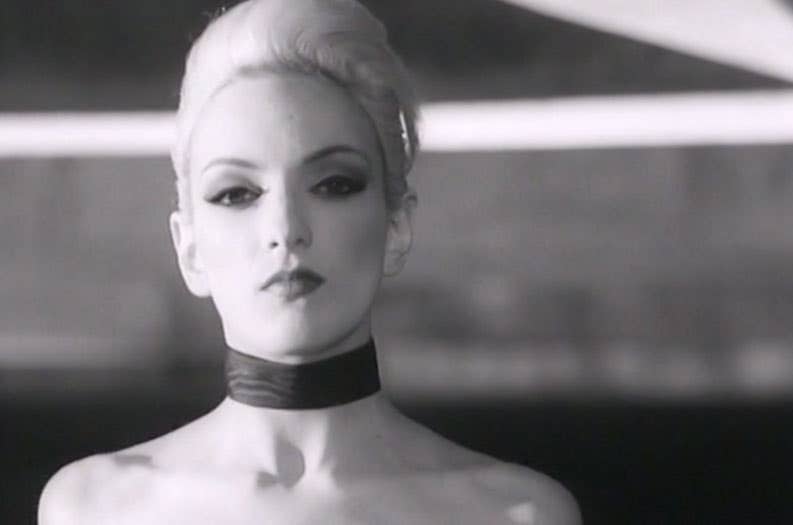 Heavily influenced by the fahion photography of Helmut Newton, the video features a topless Perri Lister, who some may know as the former girlfriend (with whom she had a son) of Billly Idol. (That's her in his "White Wedding" video, among others.)

"Directed by Ian Emes, a British animator and film director from Birmingham known for his work with Pink Floyd, The Chauffeur is one of two non-single tracks on Rio to have its own music video. None of the band appear in the video. It is a moody black-and-white piece inspired in part by Liliana Cavani's 1974 film, The Night Porter, and the photography of Helmut Newton. A woman in an erotic costume is driven in an Austin Princess limousine by a uniformed chauffeur. Elsewhere, another woman dresses herself carefully in lingerie and walks through the streets of London towards a rendezvous in an abandoned multi-storey car park. The chauffeur, (Perri Lister), then removes her chauffeur uniform to reveal a topless blonde in an open-bust corset and performs a sensuous dance to the accompaniment of the instrumental coda of the song — clearly a homage to Charlotte Rampling's topless "Dance of the Seven Veils" in The Night Porter."

Below a couple more fetish-tinged Perri Lister videos, "White Wedding" and, testing your 80s' pop trivia knowledge, "These Boots Are Made for Walkin'" by her short-lived pop grop Boomerang, which featured two former Kid Creole & the Coconuts dancers.