PrEP and U=U: Two Sides of the Same Bed 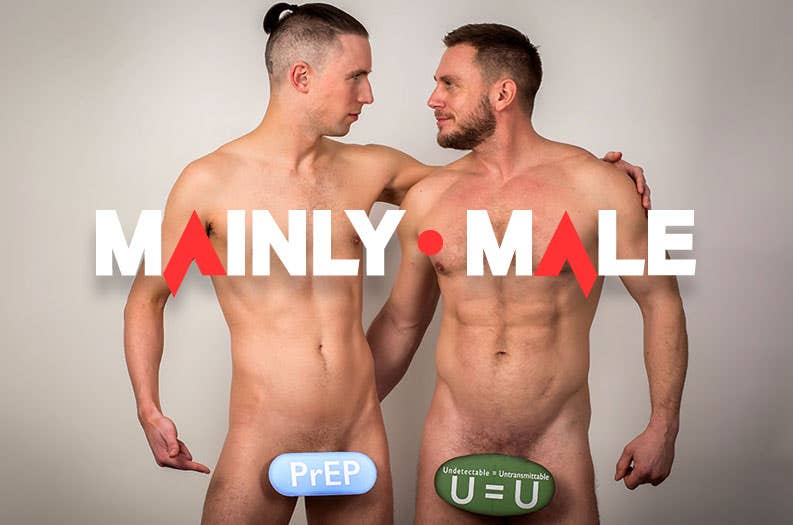 This great post titled "Two Sides of the Same Bed," from smart UK blog Mainly Male, looks at how HIV prevention is handled with PREP in an HIV+/HIV- relationship.

Jason and Hans frank and honest conversation is both frank and informative.

“I sometimes lied about my status when a hook-up asked, because I feared rejection. I told them that I was ‘negative’ but wanted to use a condom.” – Hans

“Once negative people are on PrEP they may not think about their partner’s status at all. After I started daily PrEP in 2015 I saw no need to talk about HIV with partners, unless they wanted to.” – Jason

For guys--or anyone, honestly--who are in or worry about how the dynamic of a relatshionship could change in a similar situation, the short post is well worth taking the the time to read. 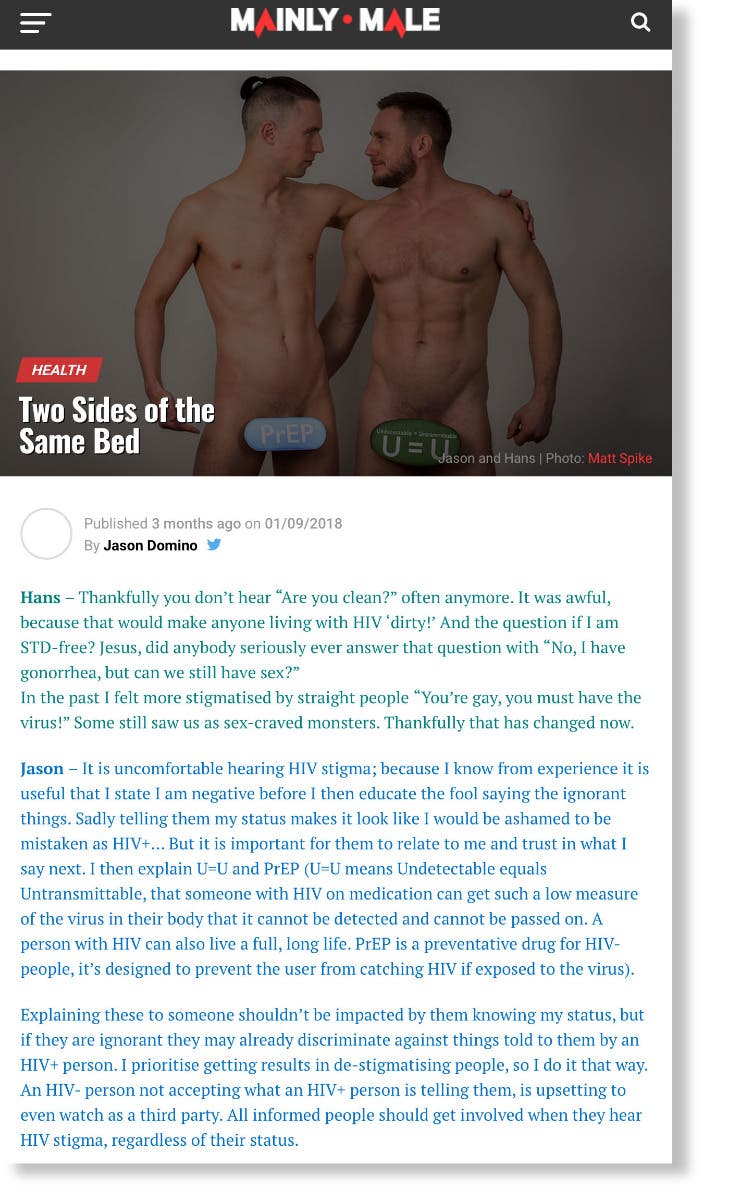