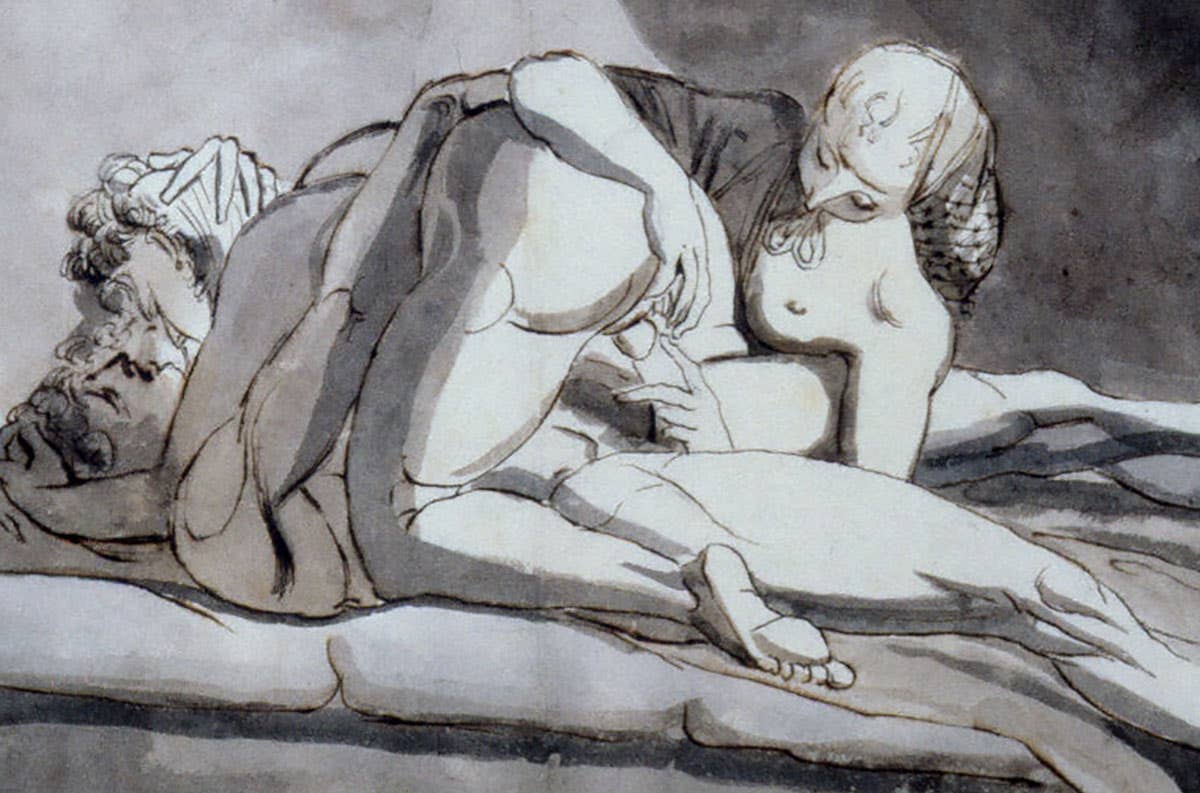 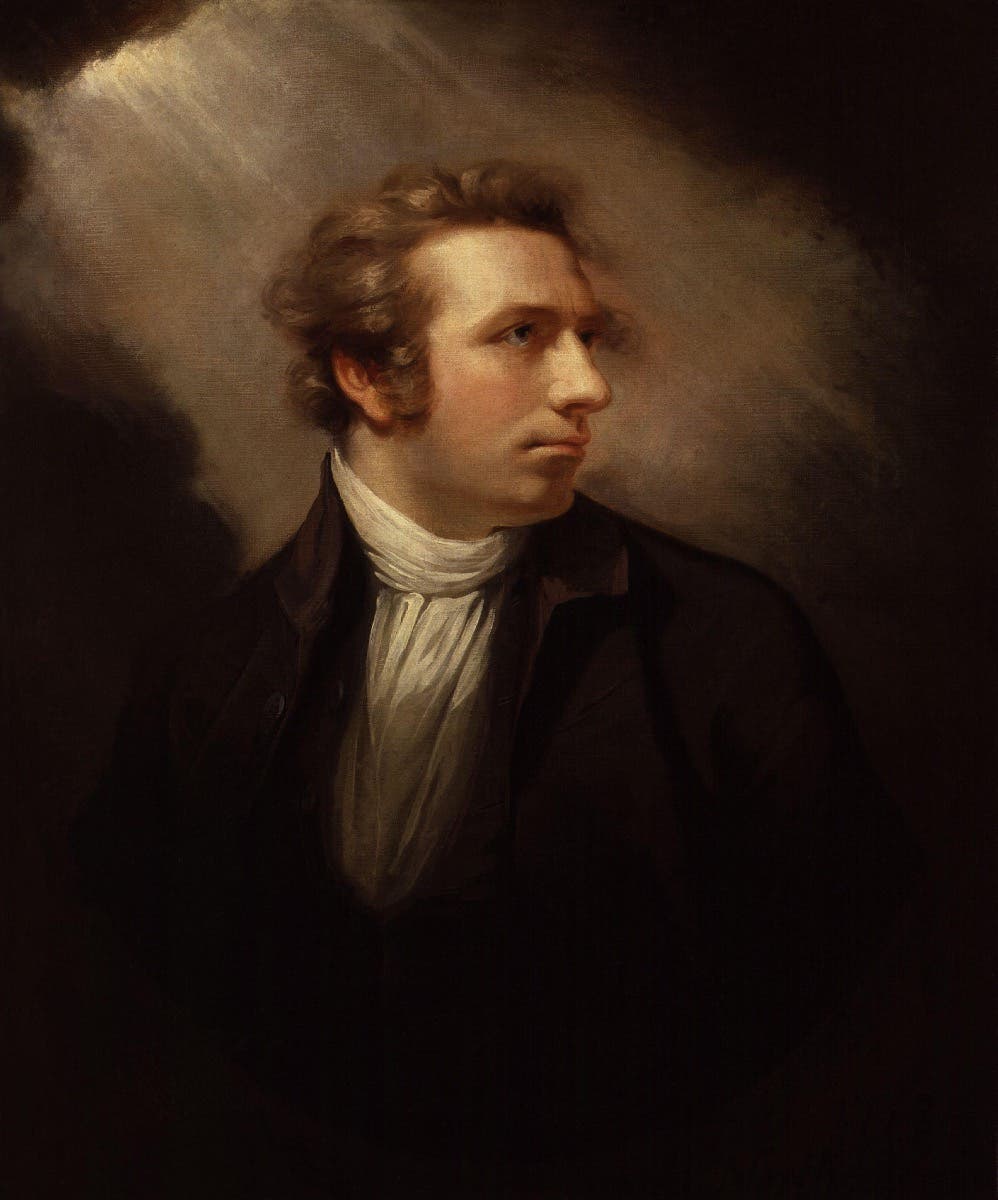 All artwork depicted is "Public Domain."

Henry Fuseli, born Johann Heinrich Füssli (February 7, 1741 – April 17, 1825), was a Swiss painter, draftsman and writer on art who spent much of his life in Britain. 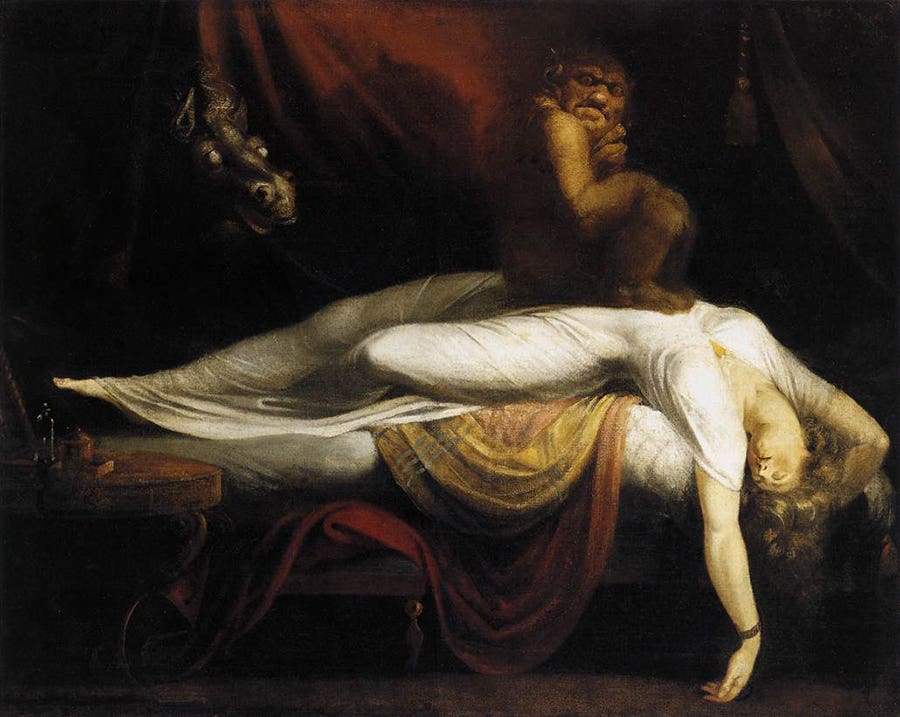 Many of his works deal with supernatural subject-matter, most famously, “The Nightmare” (above), an aptly titled painting that is once sensual and terrifying. During his career he produced over 200 paintings and nearly 800 drawings, many of which were never exhibited. 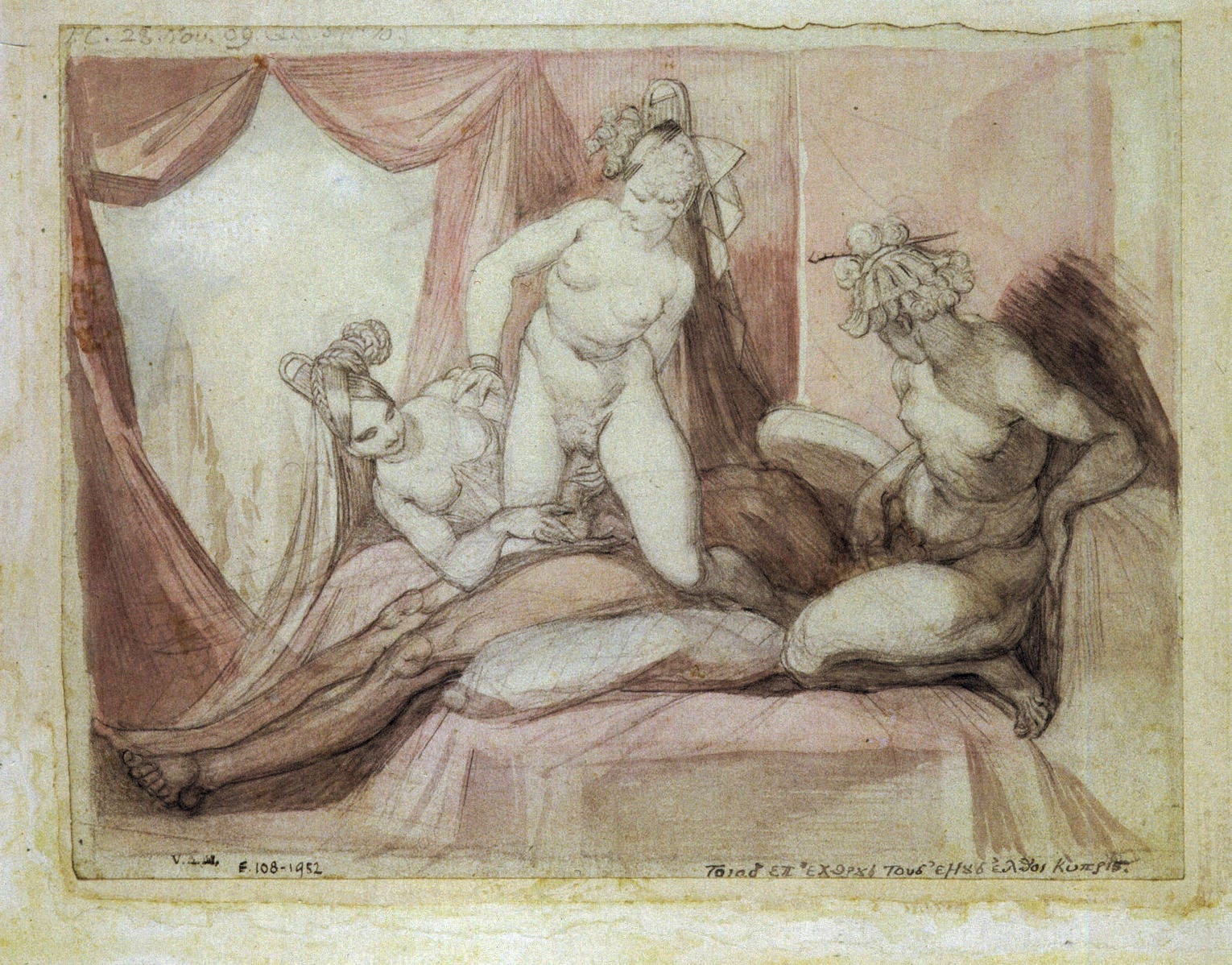 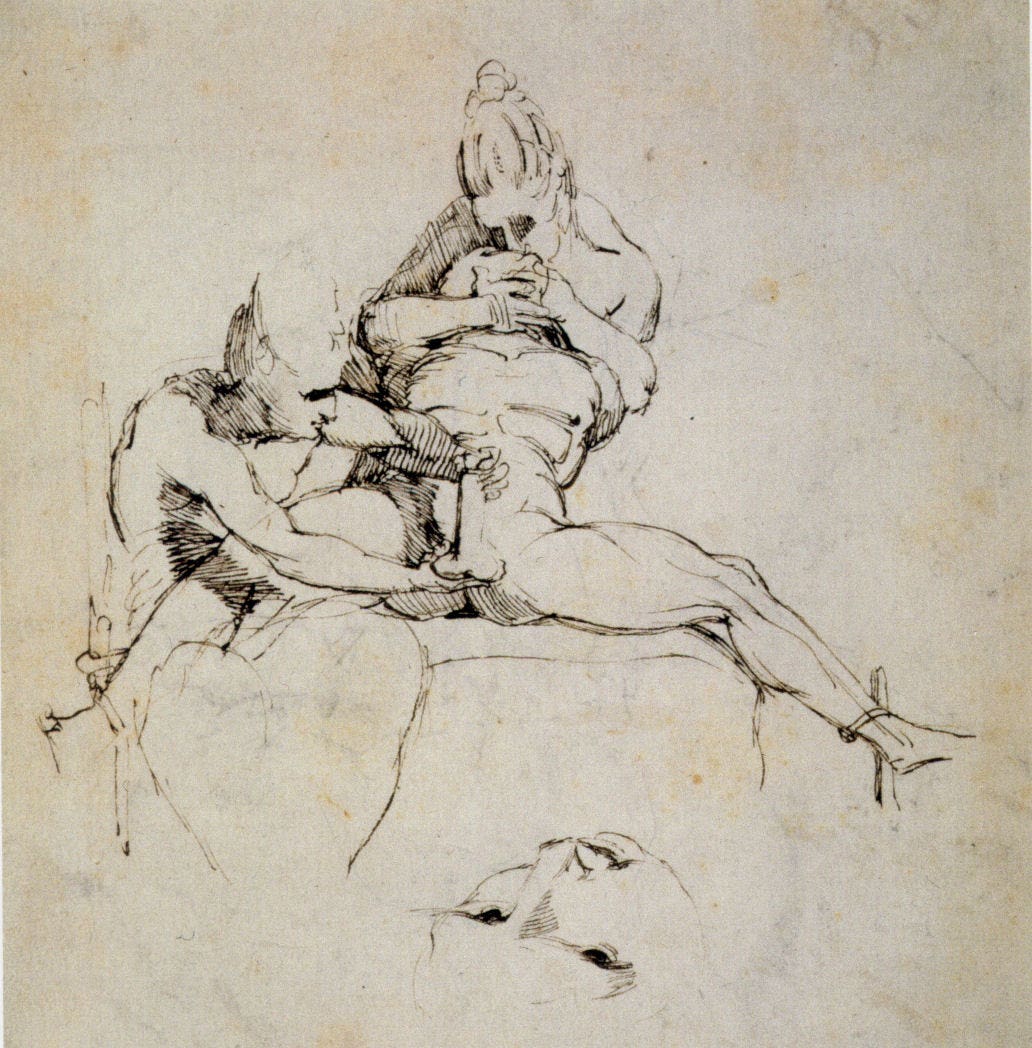 However, his attention to detail is fascinating from a historical and fashion perspective. Check out the hair, clothes in even in the rompiest drawings, as well as a few extra here just so you can see. For example, his illustrations of his wife, below. with whom he clearly had a healthy sex life. 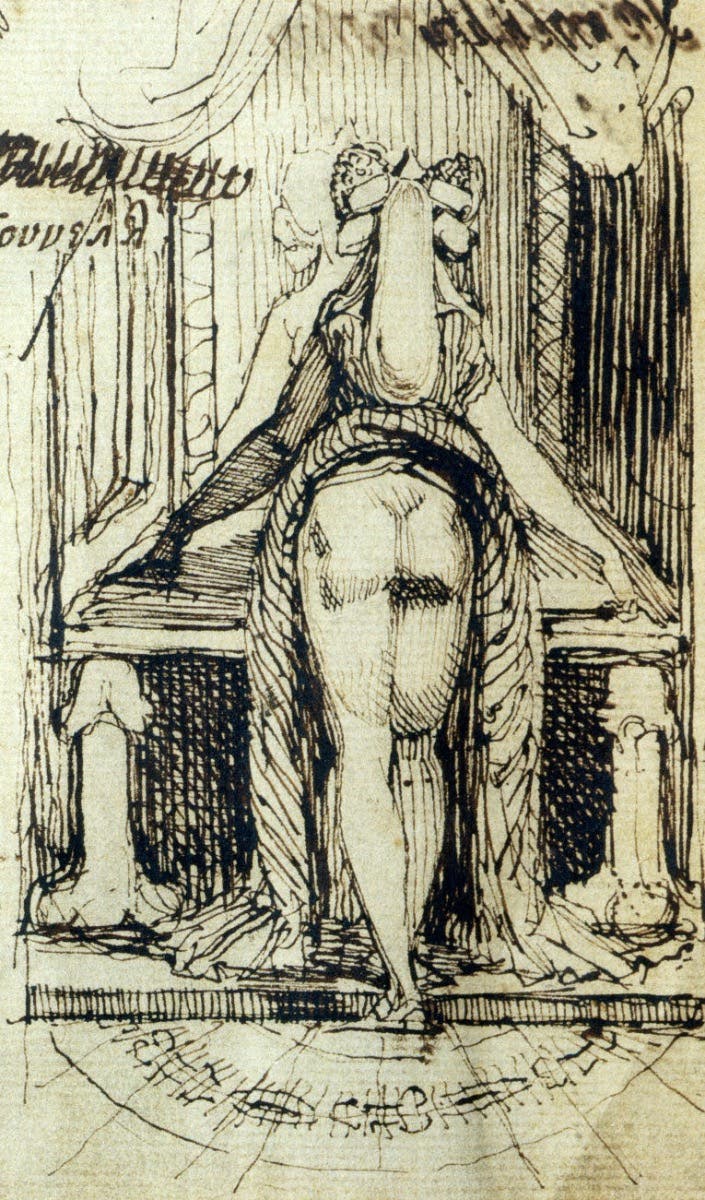 Above:  Henry Fuseli, Callipyga: Mrs. Fuseli with her skirts lifted to her waist standing before a dressing table with phallic supports, 1790-1799. 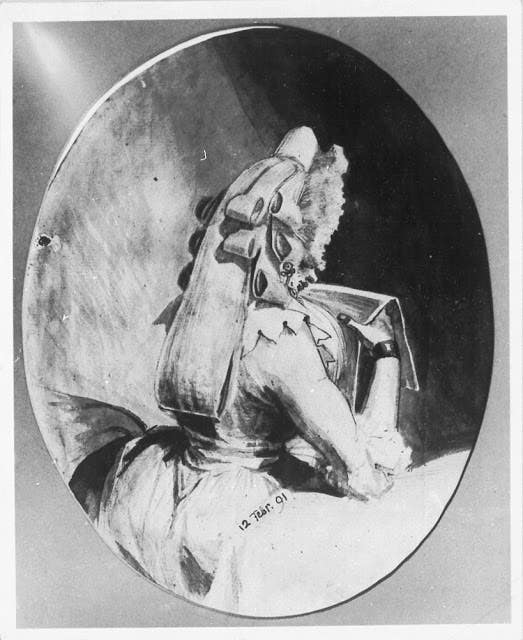 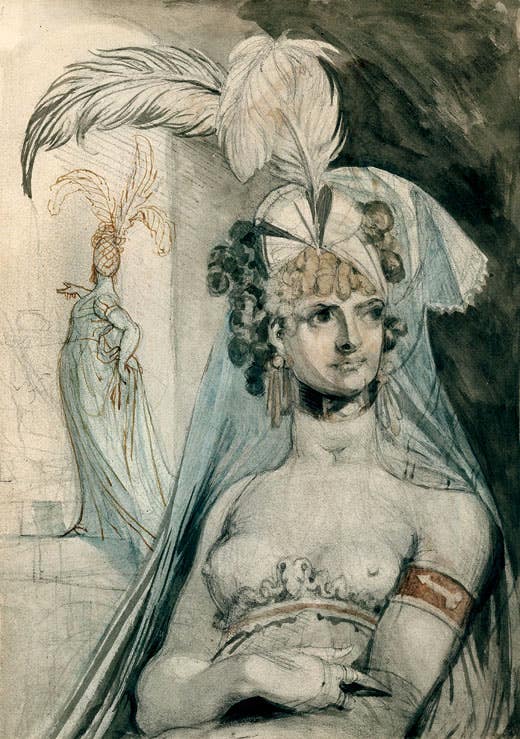 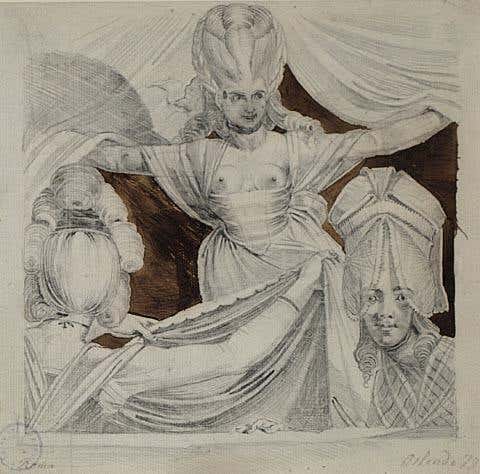 Above: Henry Fuseli, Three women at a curtained window, 1779

Henry Fuseli, Now back to the frisky stuff ... 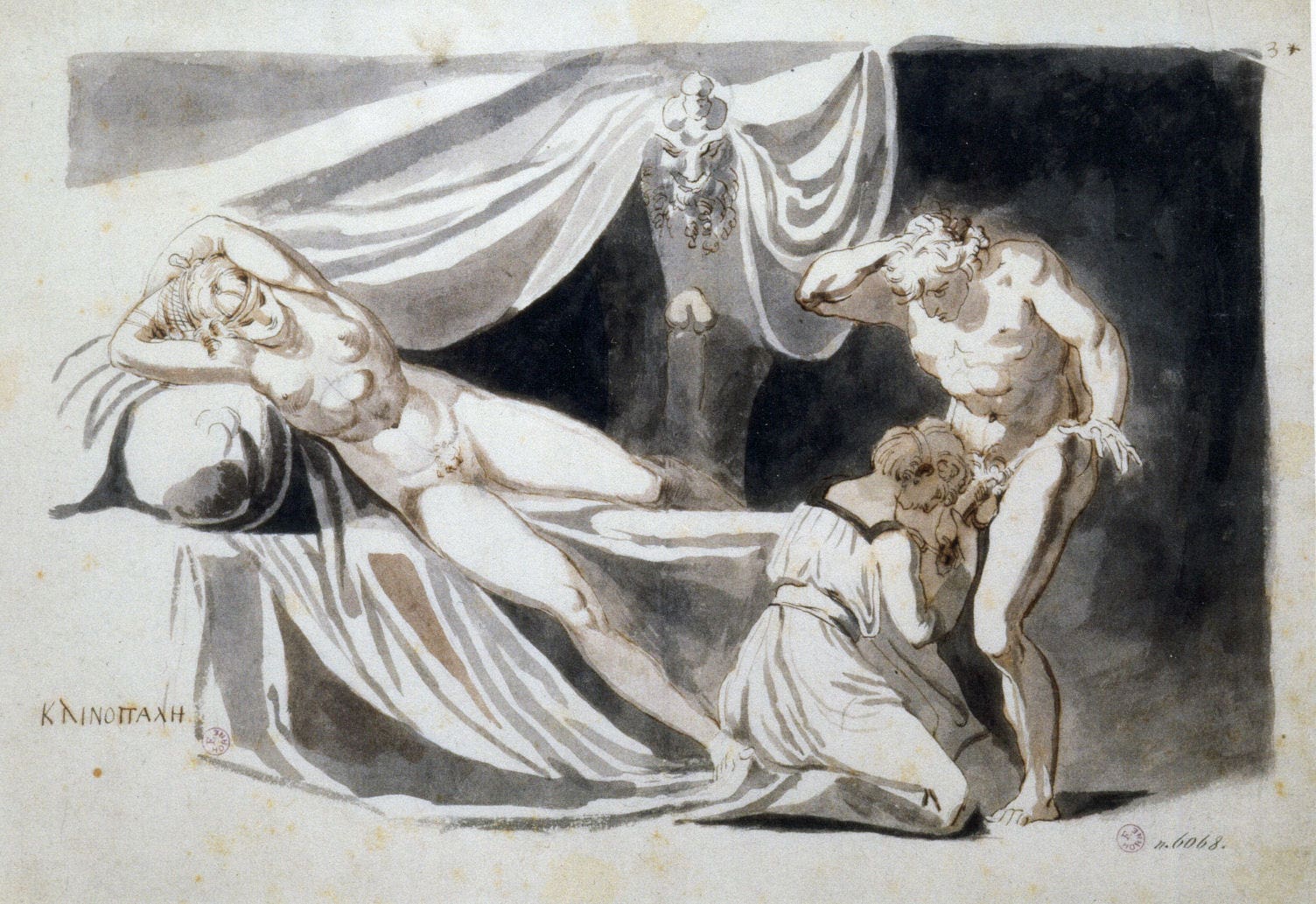 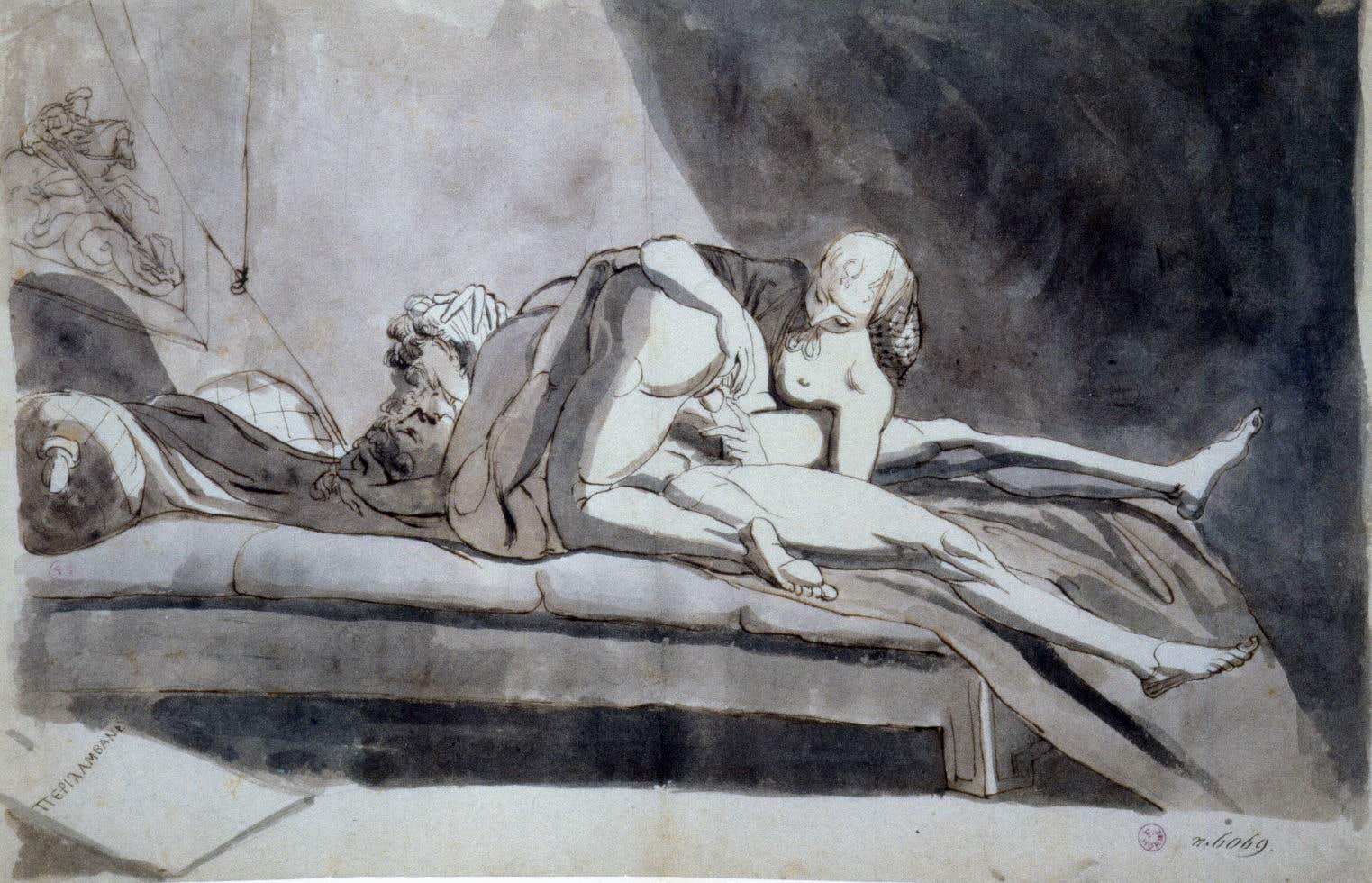 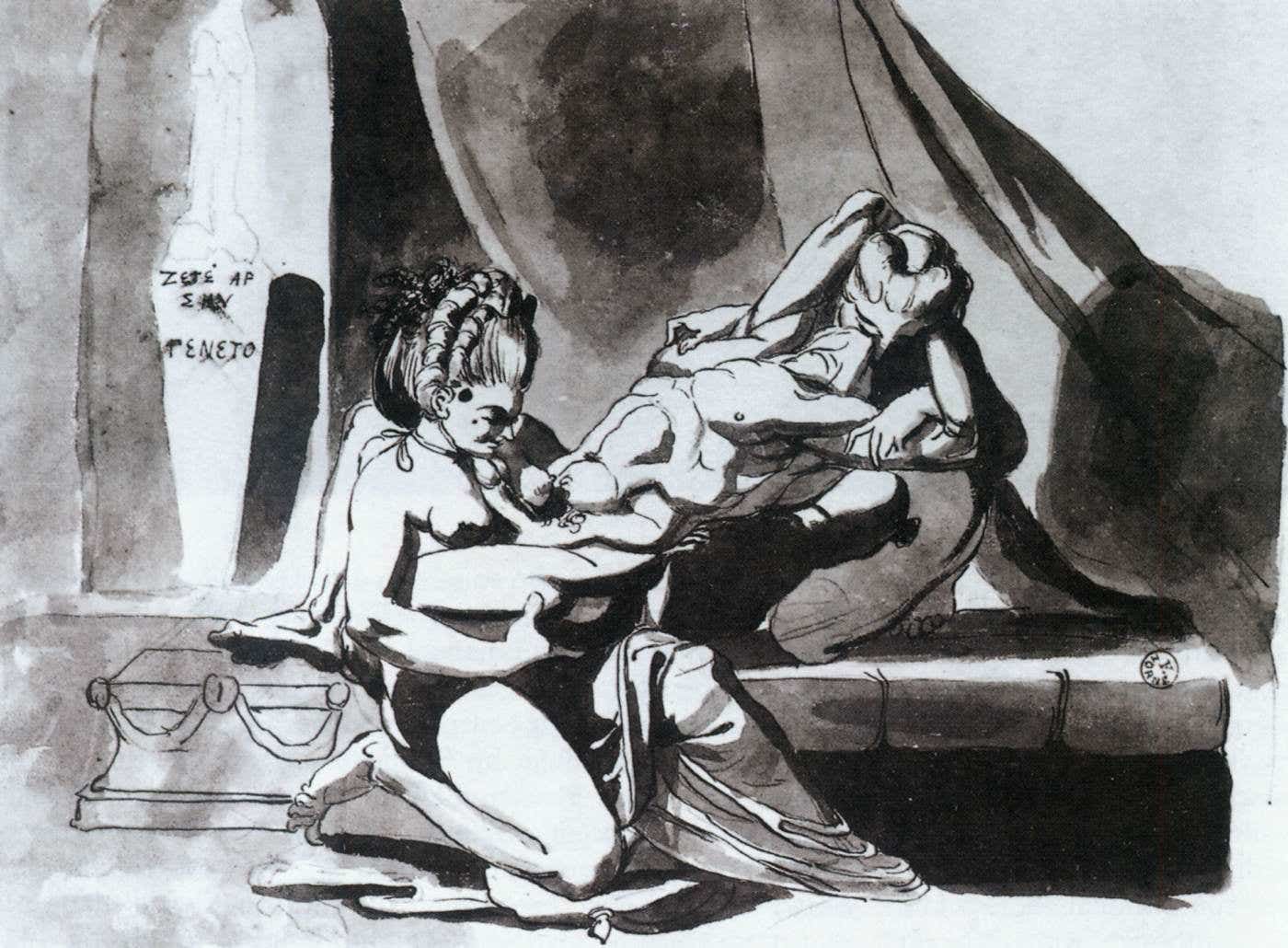 In any case, what’s clear is that Fuseli blows the cobwebs off any mistaken “Masterpiece Theater” perceptions we may have of the behavior or at least fantasy lives of our dear old dusty ancestors.

For more about Henry Fuseli, visit his page on Wikipedia or just Google the man. 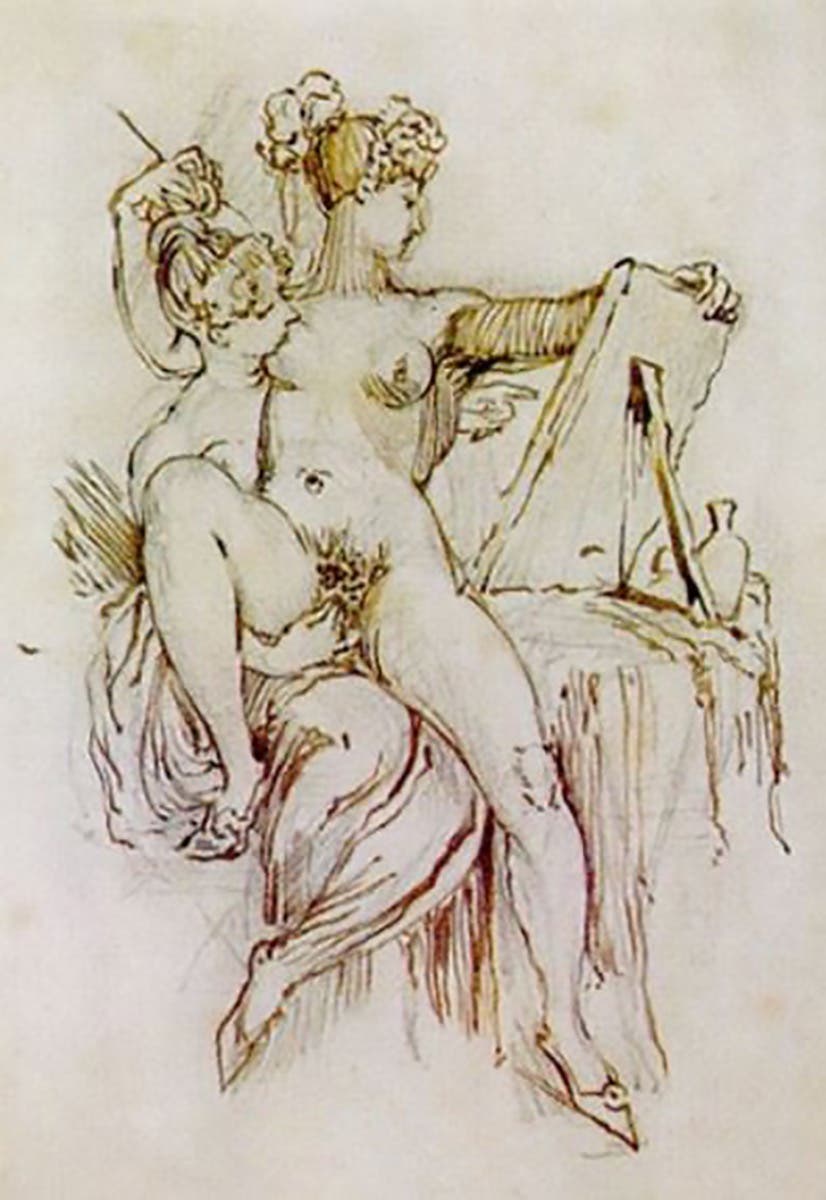 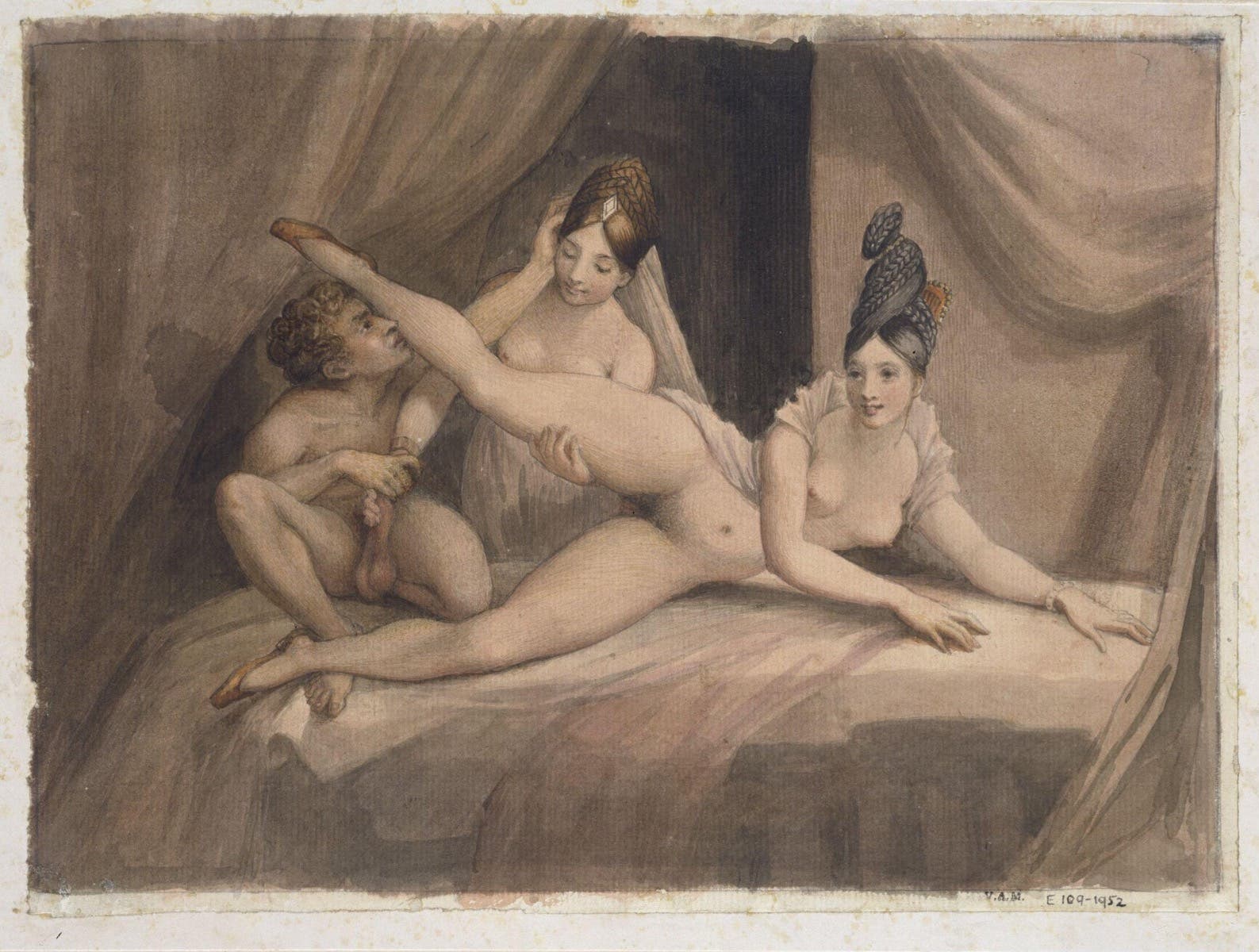 Above: Attributed to Henry Fuseli, but actually by Theodor Matthias von Holst A Man and Two Women on a Bed, date unknown.