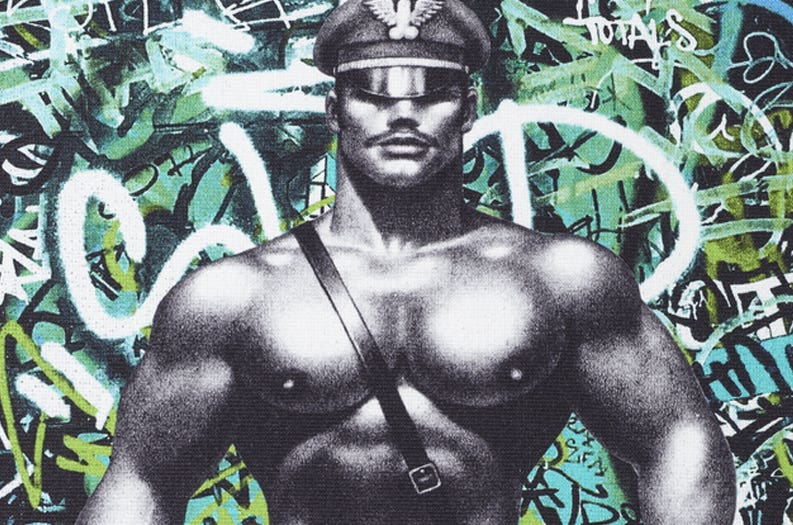 In honor of what would have been the artist's 98th birthday, take the @itgetsbetter tour of the Tom of Finland House

“Is there any other artist that we ejaculate to and also have on the coffee table?” – Time Out, Chicago

May 8 marked what would have been the 98th birthday of a man who one could arguably say was the most influential--and certainly the most visible--artist in contemporary America gay culture, Touko Laaksonen, known as Tom of Finland (1920-1991).

“You see Tom of Finland drawings in almost every leather bar in the United States,” says Miller in the video. You see them in tons of gay bars. It’s almost code like, here is where we are accepted. Here is where you will find a community for yourself.”

What gay man doesn’t remember the first time he saw a Tom of Finland illustration? The slim hips and bulging muscles, the lips, eyes, the groping! Hallucinogenically hyper-masculine, electrifying and jaw-dropping, they left an indelible impression. John Waters agrees.

While the leather/fetish scene existed in early underground gay and gay bar culture, it was Tom of Finland who provided the blueprint for many seeking to adopt the look, and who put the look on a pedestal. Frankly, Tom of Finland men where gods!

Thanks to publisher Taschen, Tom of Finland’s fantastic art can be easily collected—and worshipped--in a series of coffee table art books from “Tom of Finland: The Complete Kake Comics” to "Tom of Finland XXL." The Tachen page also provides a succinct mini-bio.

A documentary, simple titled "Tom of Finland" was released in 2017.