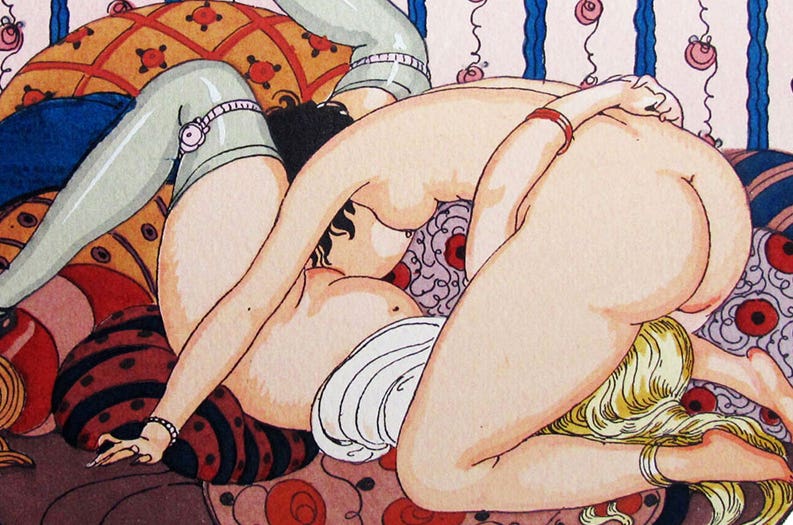 Meet Gerda Wegener "The Lady Gaga of the 1920s," painter of trendy ladies living large and, often, getting it on

This week, meet Danish artist Gerda Wegener, who The Guardian called "The Lady Gaga of the 1920s." She painted trendy ladies living large and, often, getting it on. 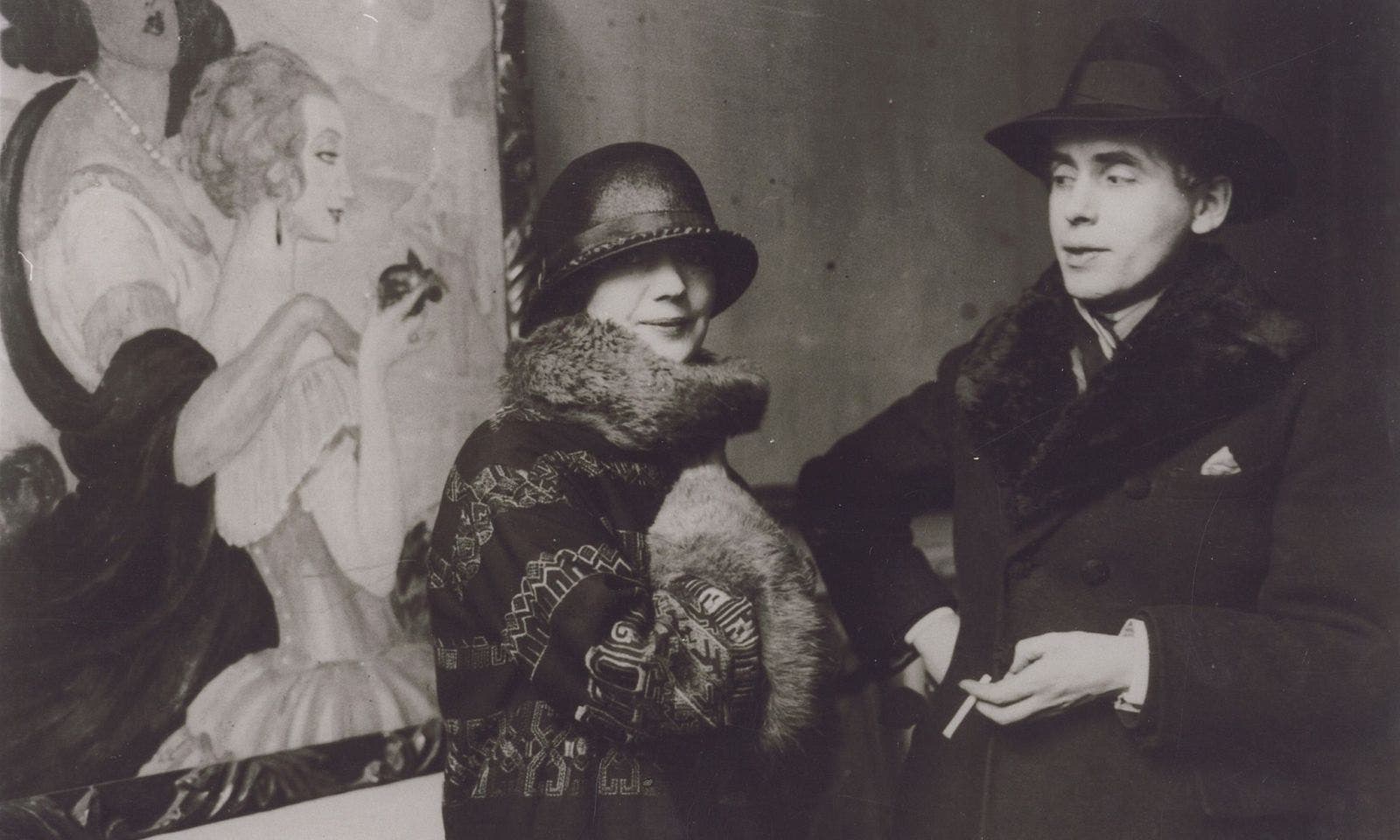 The film "The Danish Girl" is the story of her trans husband, Einar Wegener, who had the world’s first gender-reassignment surgery and became Lili Elbe. He ultimately died of complications due to the surgery.

Here's what The Guardian had to say about Wegener:

“I like to think of her as the Lady Gaga of the 1920s,” says art historian Andrea Rygg Karberg, who has curated a new exhibition of Gerda’s work in Copenhagen. “Gerda was a pioneer who spent two decades as part of the Parisian art scene and revolutionised the way women are portrayed in art.” In short, Gerda Wegener was A Big Deal. “Throughout history, paintings of beautiful women were done by men,” says Rygg Karberg. “Women were typically seen through the male gaze. But Gerda changed all that because she painted strong, beautiful women with admiration and identification – as conscious subjects rather than objects.” 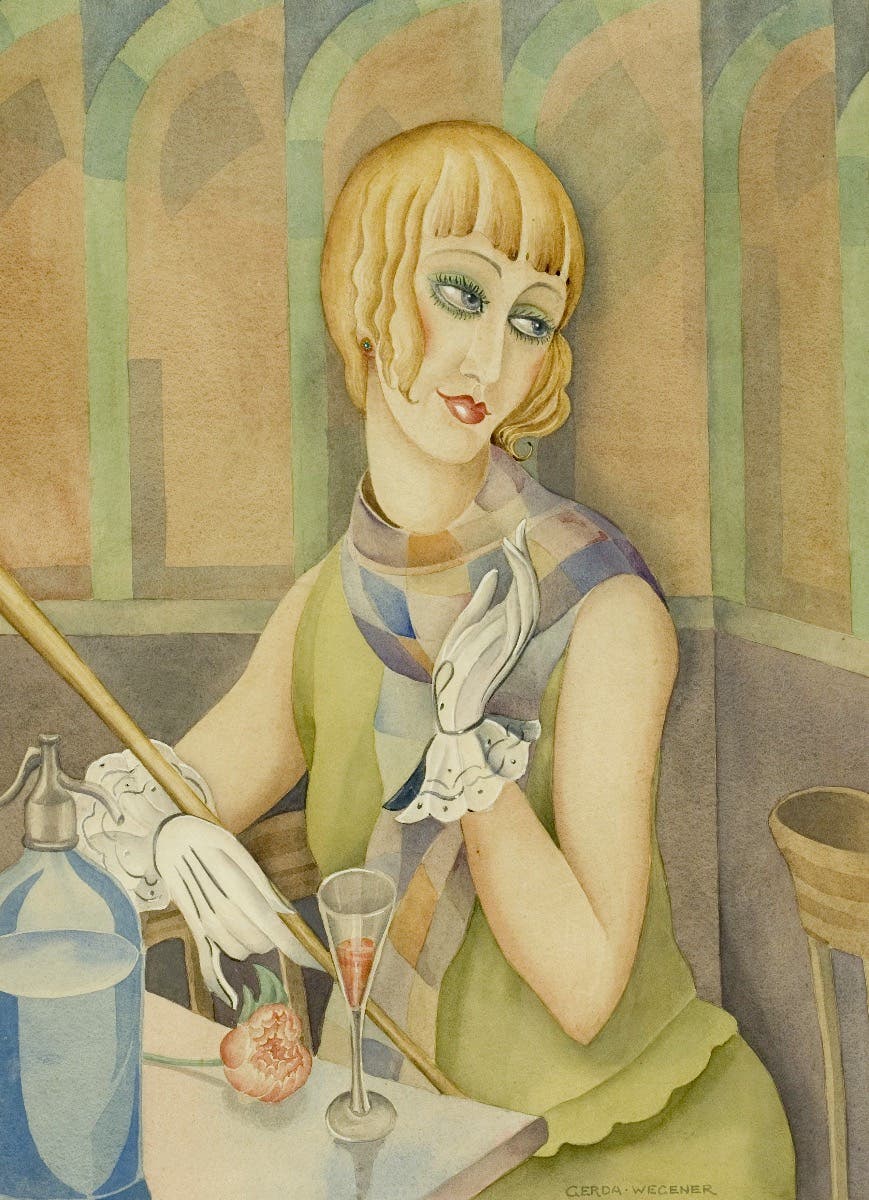 And here's more about Gerda's trans spouse, Einar aka Lili (above, as painted by Gerda) from Wikipedia:

Einar eventually identified as a male-to-female transgender woman. In 1930 she underwent the second publicly known sex reassignment surgery in history after years of living life solely as Lili Elbe. When out in public Gottlieb introduced Elbe as Einar Wegener's sister when she was dressed in female attire. Since they were no longer man and wife, the Wegeners' marriage was declared null and void in October 1930 by Christian X, the King of Denmark at that time. Lili died in 1931 from complications of surgery. Dora Richter/Dörchen R. was the first known transgender woman to undergo the vaginoplasty surgical approach. Its success and the resulting publicity encouraged Lili to also have the surgery; she died from post-operative infection. 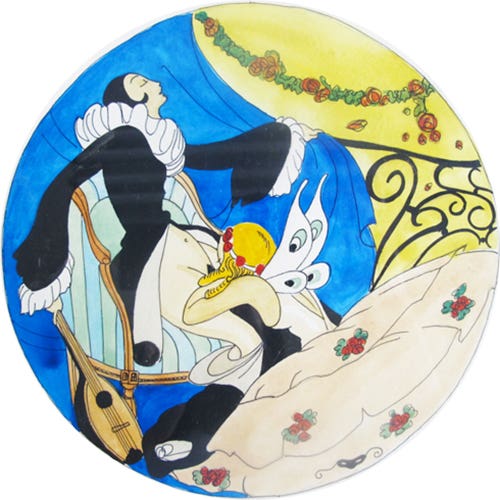 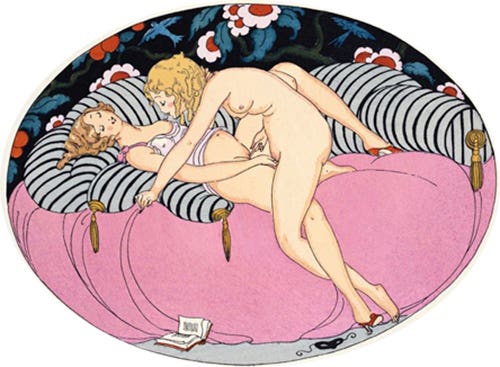 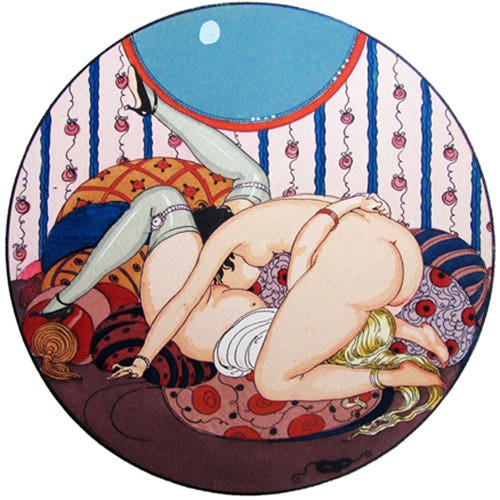 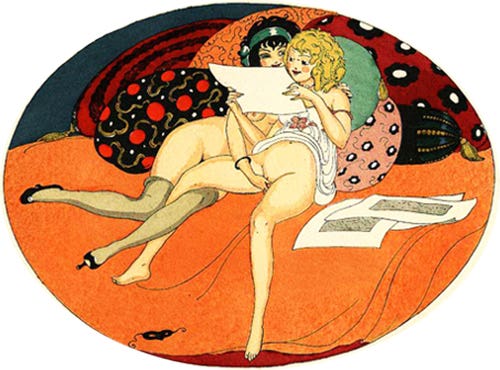 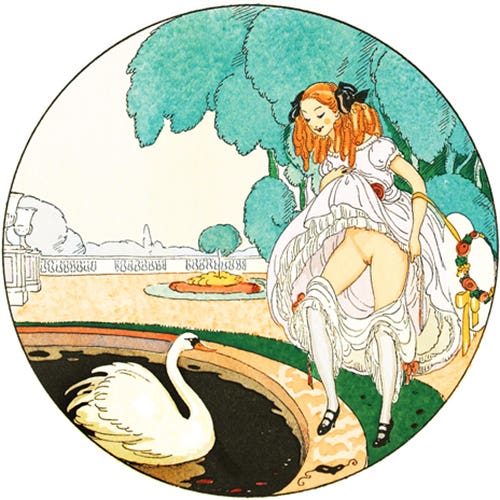