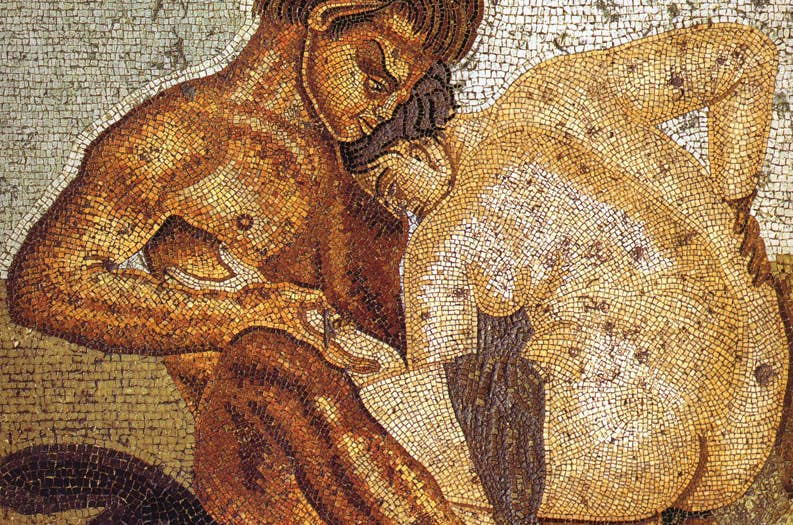 2000 years ago, there was no shame associated with a healthy sex life. At least not in the sense that people are still slut-shamed today.

Sex was considered part of a full public life. Brothels flourished, and within them–as well as in private homes–erotic art was on full, glorious, display.

We have the art to admire today, thanks to the eruption of Mount Vesuvius on August 24, 79 A.D., which burred the city of Pompeii, thus preseriving the art. 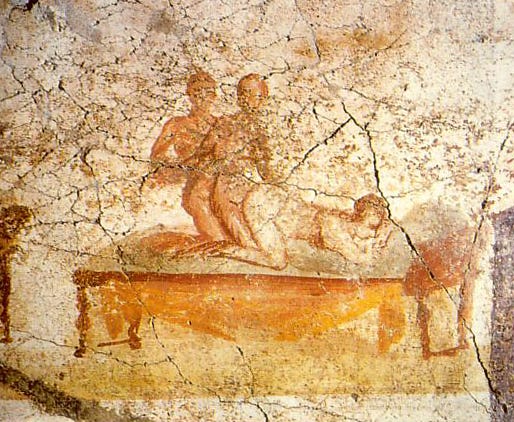 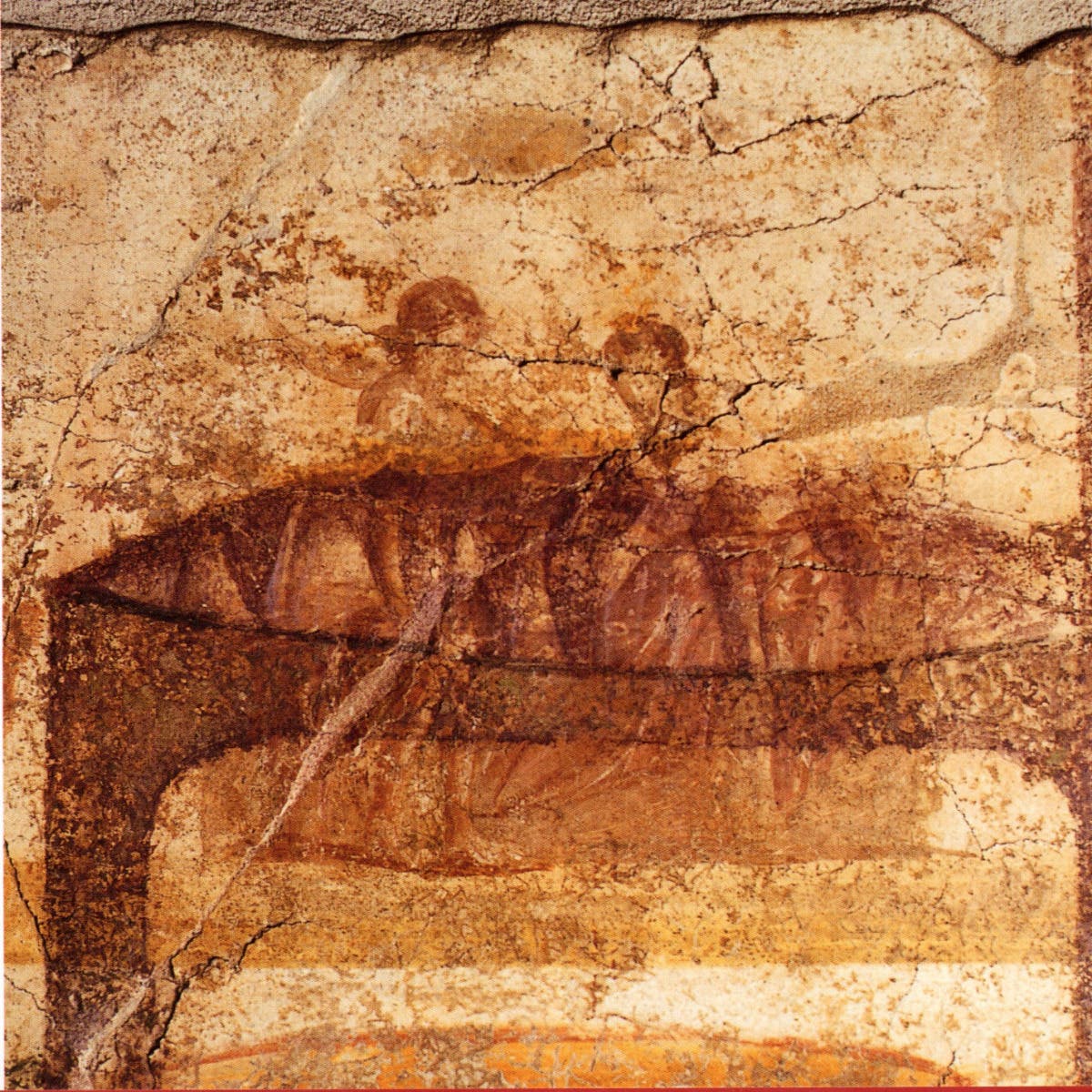 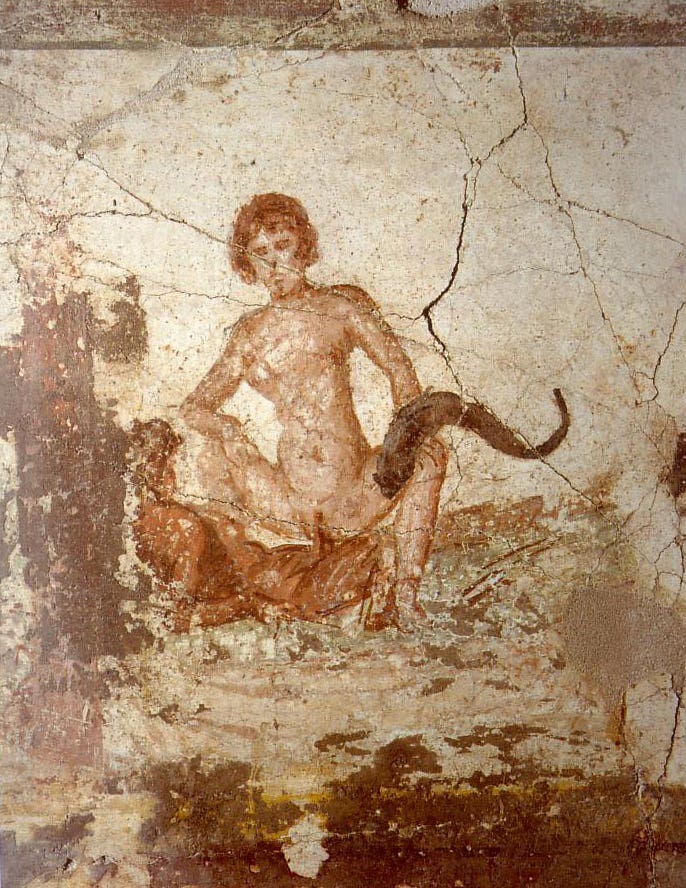 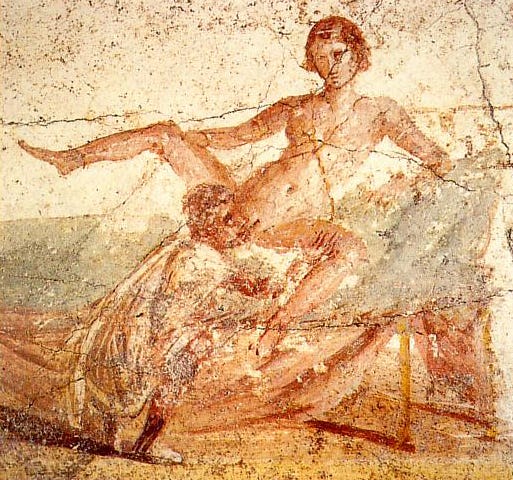 More about The Suburban Baths on Wikipedia

Related: FKIN (A)rt Friday - In 1999 this 1st century silver cup depicting men fucking was the most expensive single piece of art ever purchased by the British Museum

FYI: In ancient Rome (and presumably througout the empire) there were many rules regarding sex (it was not the free-for-all some fantasize about), but there was no word for–nor concept of–homosexualty, nor did the Romans sort people into categories based on sexual preference. There was not gay or straight. Furthermore, there was no sex-shaming for sex itself. Vicki León explains it this way in her frisky book, "The Joy of Sexus: Lust, Love,& Longing in the Ancient World"

"First of all, neither the Greeks nor the Romans thought about sinfulness and guilt in the Judeo-Christian sense. The idea of mankind's fall from grace never occurred to them. Even women, despite having to endure a lifetime of domineering males, would laugh incredulously at the thought of sex being a sin. Adultery could be a crime, as could rape, but for reasons other than sin­fulness. A tangle of laws eventually would seek–not always successfully–to control some sexual behaviors and criminalize others."

The following six images are from the http://www.pompeii.org.uk article "Forbidden Pompeii" 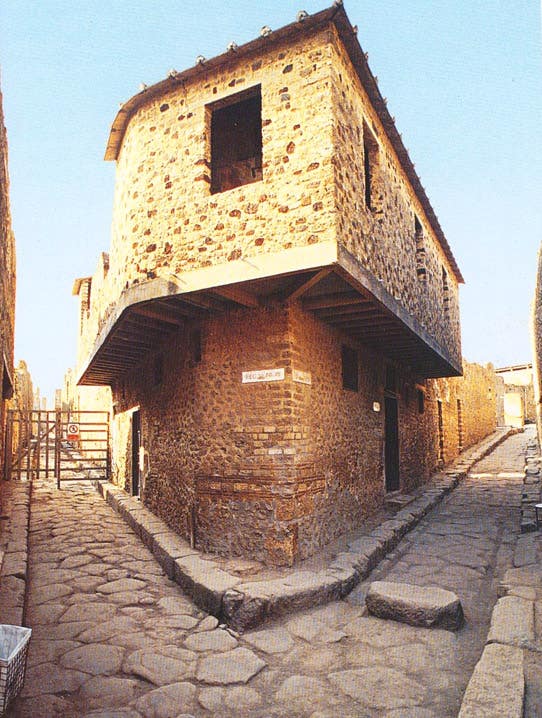 Facade of the Brothel of Pompeii 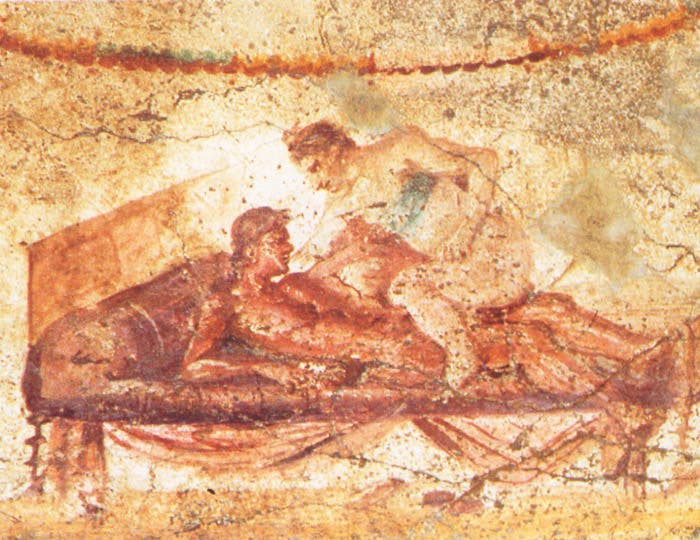 Brothel of Pompeii: One of the illustrated scenes of sexual acts advertising the specialities of the resident prostitute. 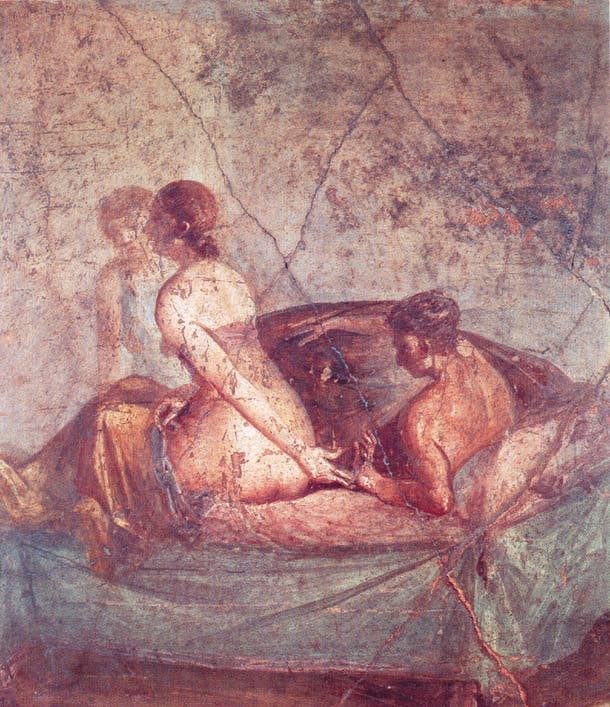 The House of Cecilio Giocondo from Pompeii 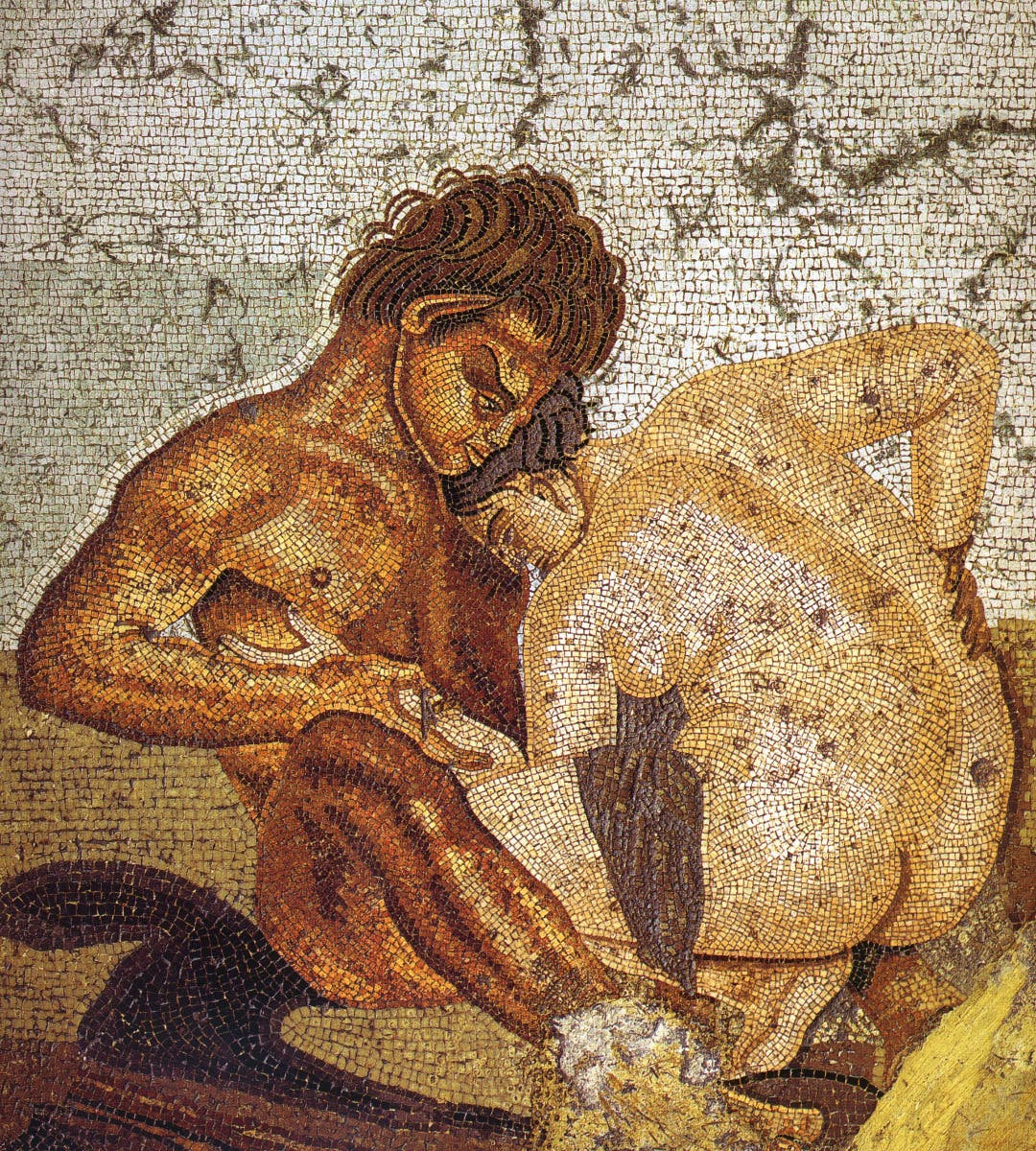 The House of the Faun in Pompeii 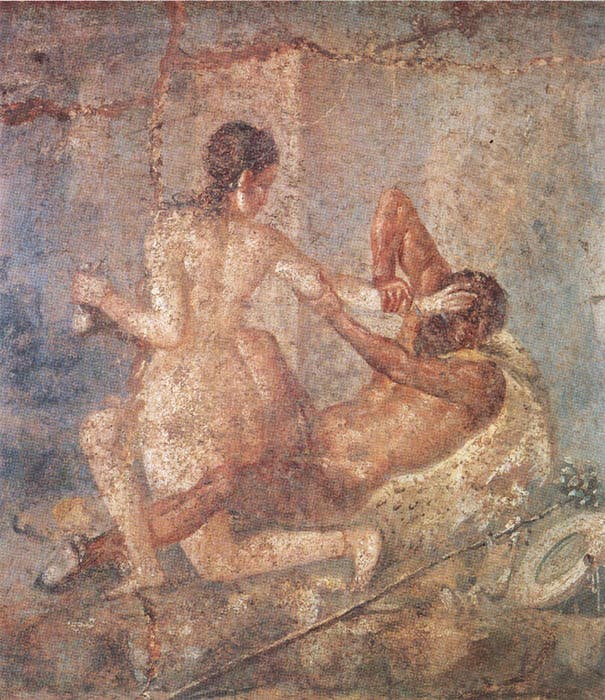 Satyr and Hermaphrodite in Pompeii 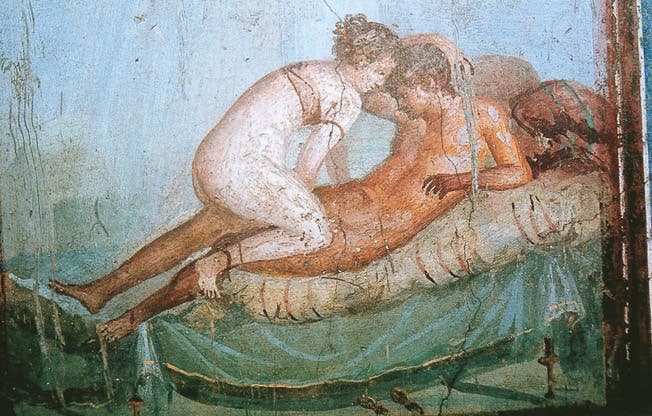 The House of the Centenary

Read The Conversation post "The grim reality of the brothels of Pompeii" for more.

More images from around the web: 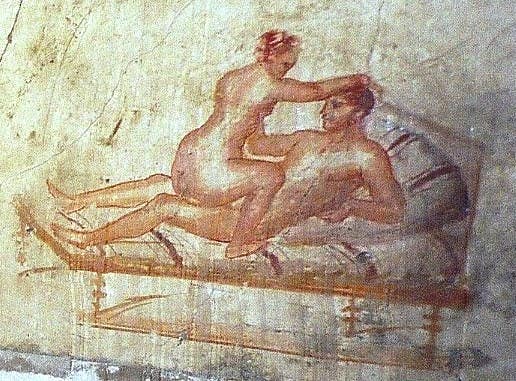 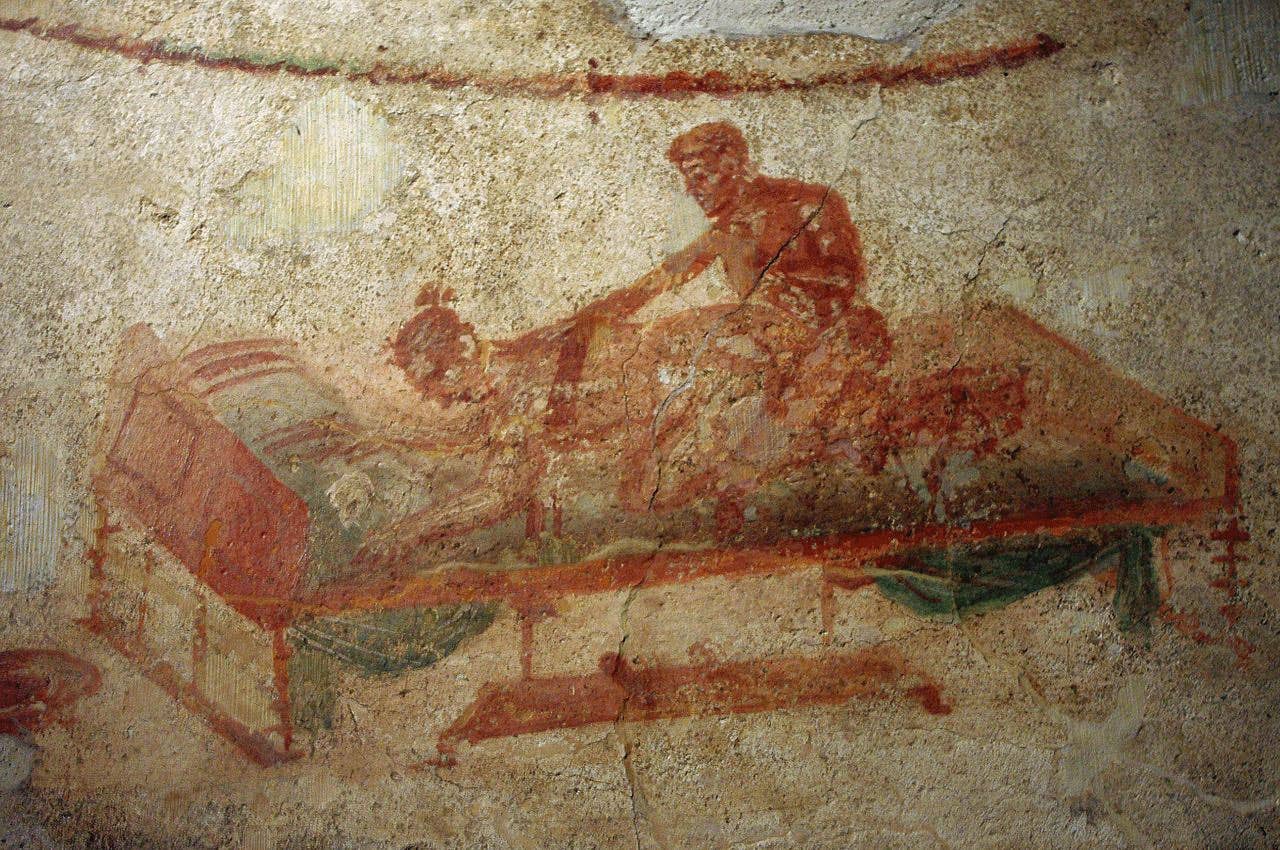 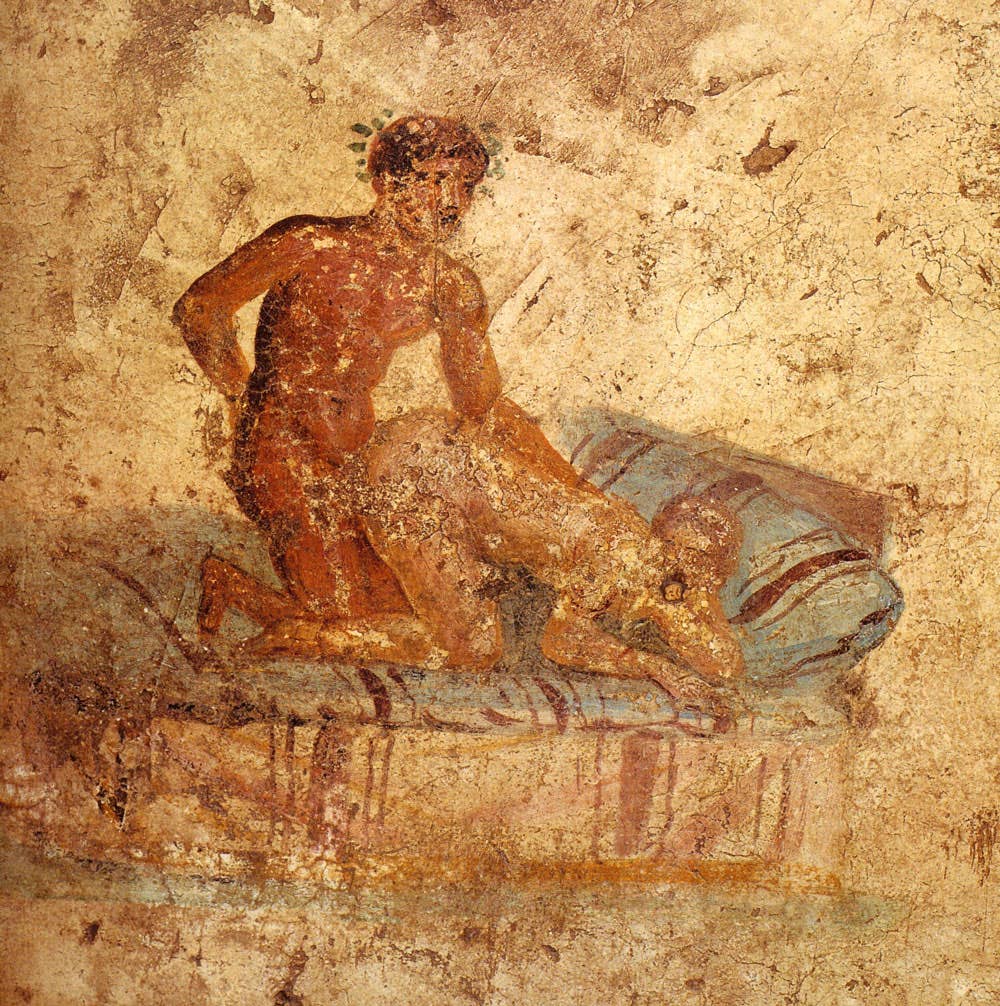 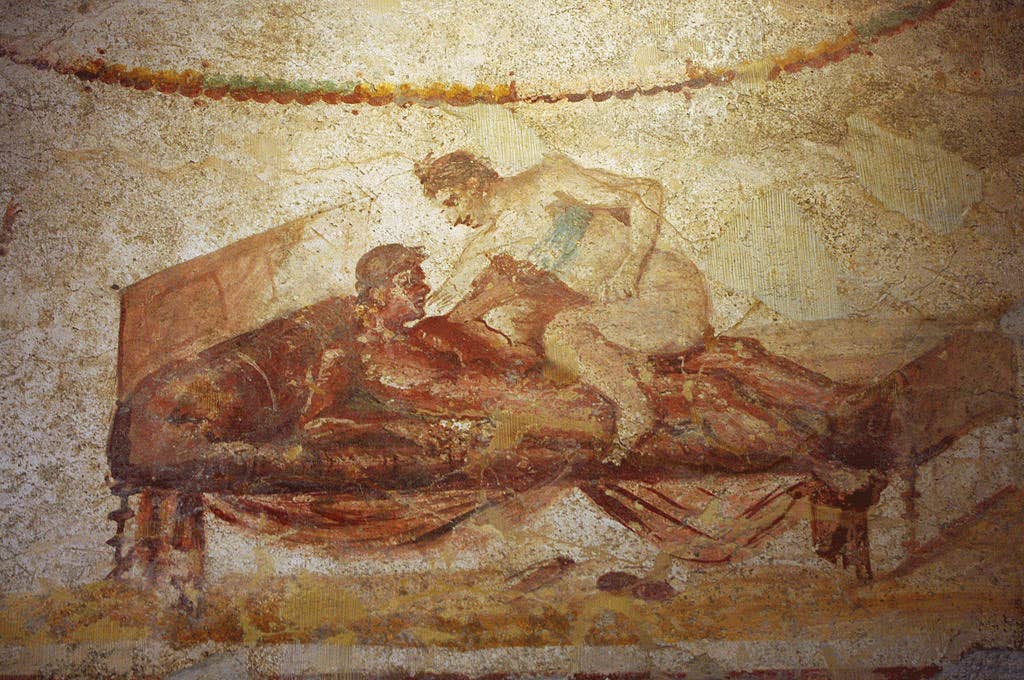 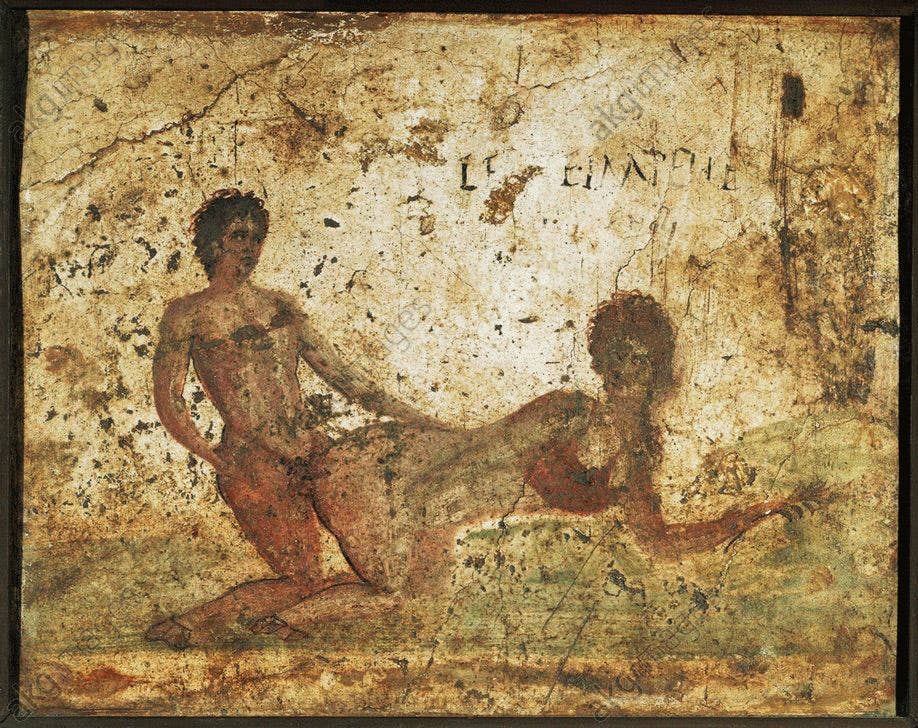 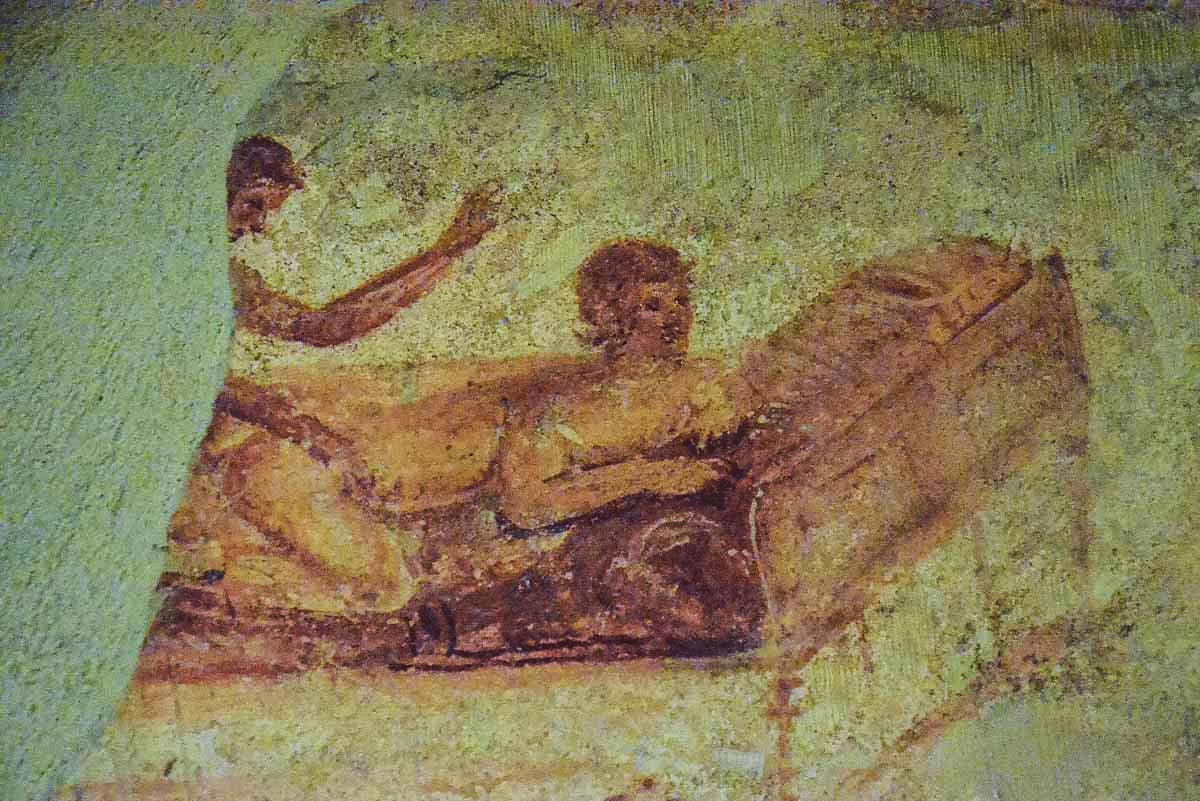 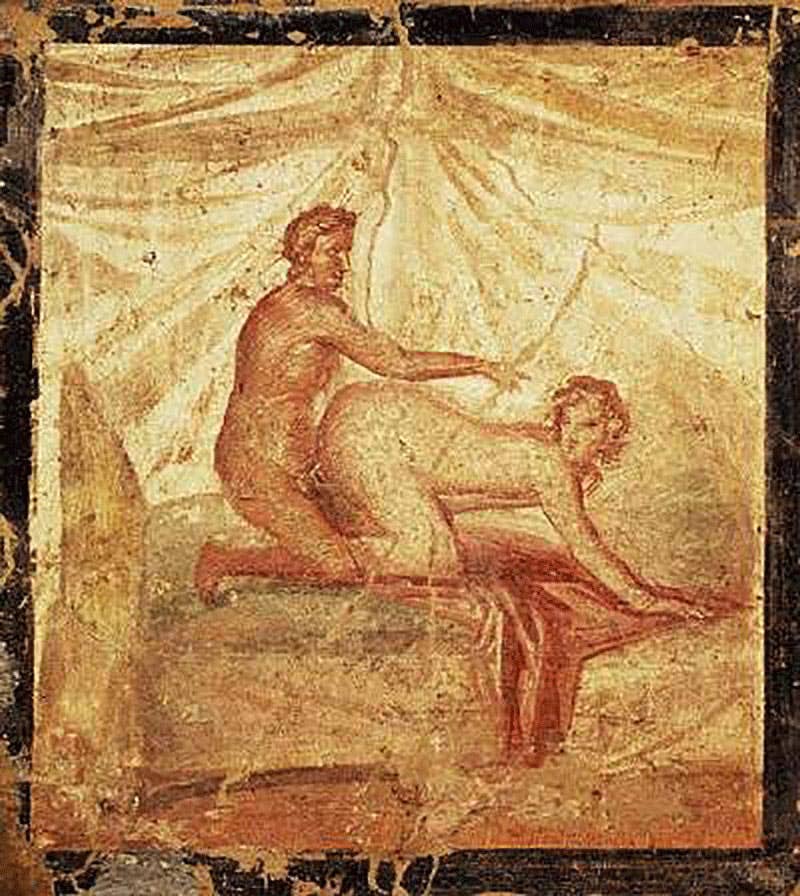 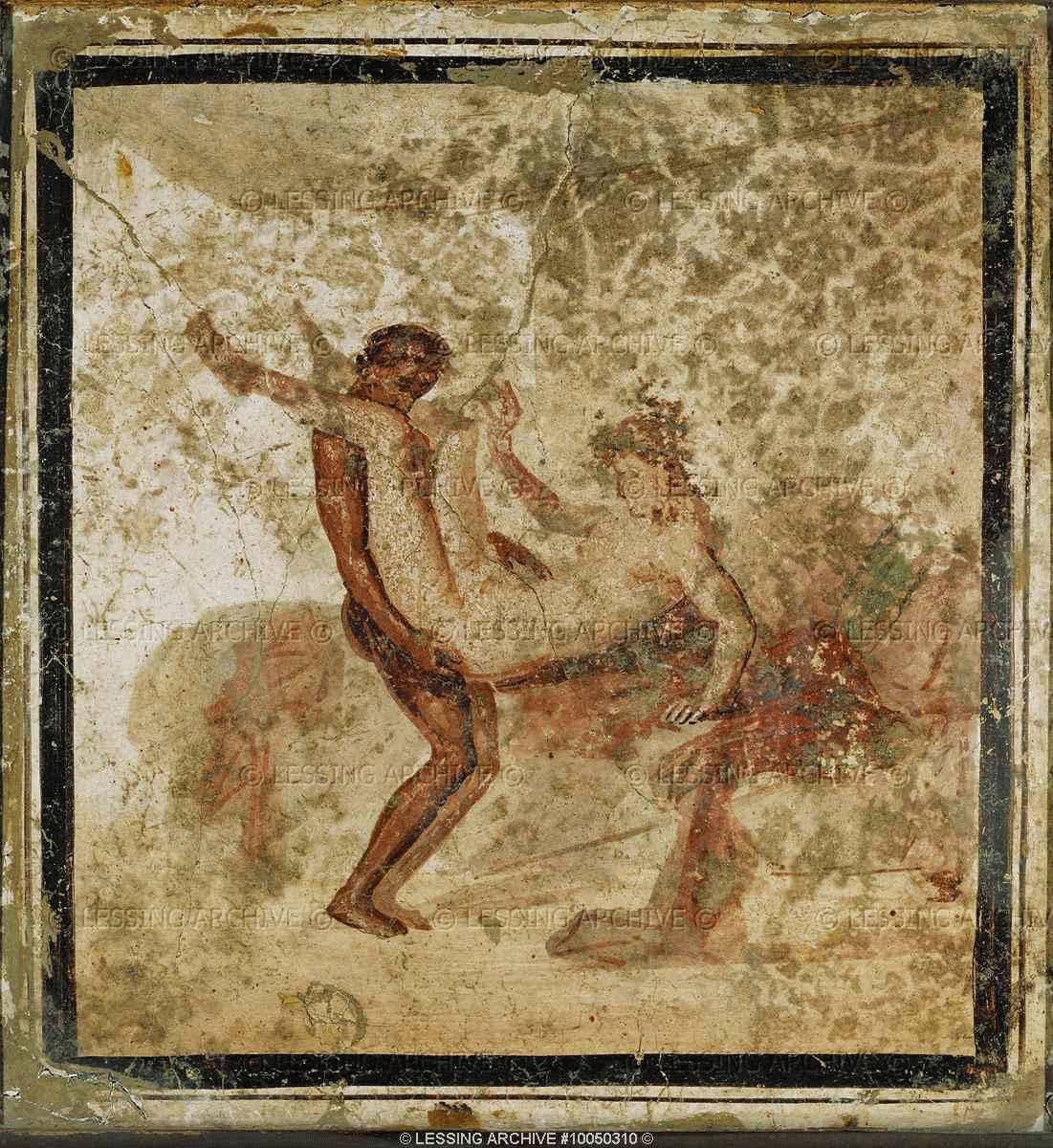 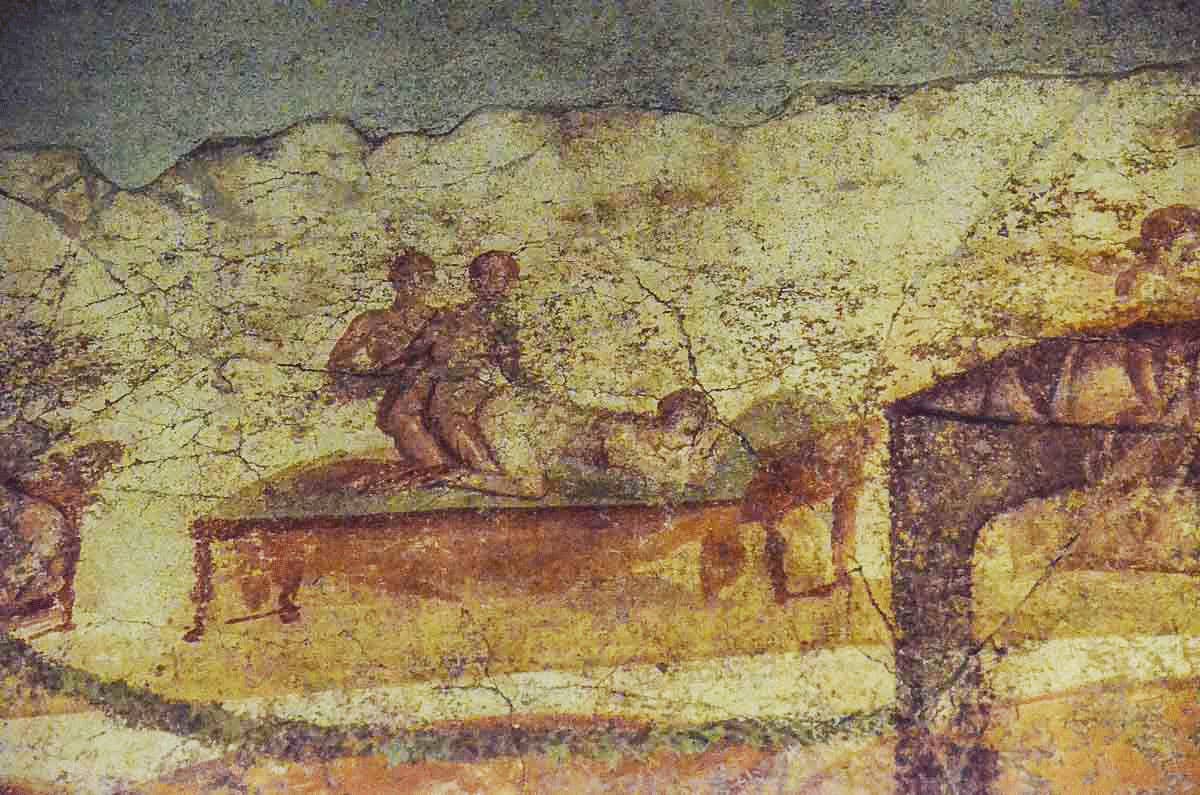 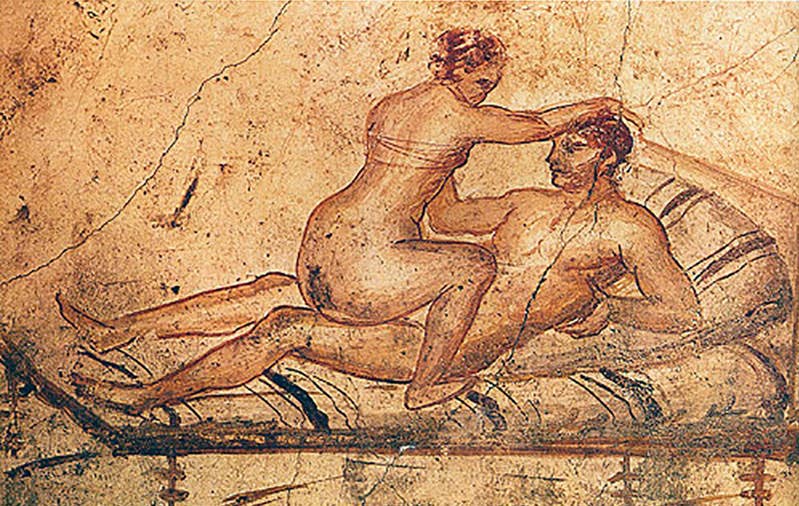 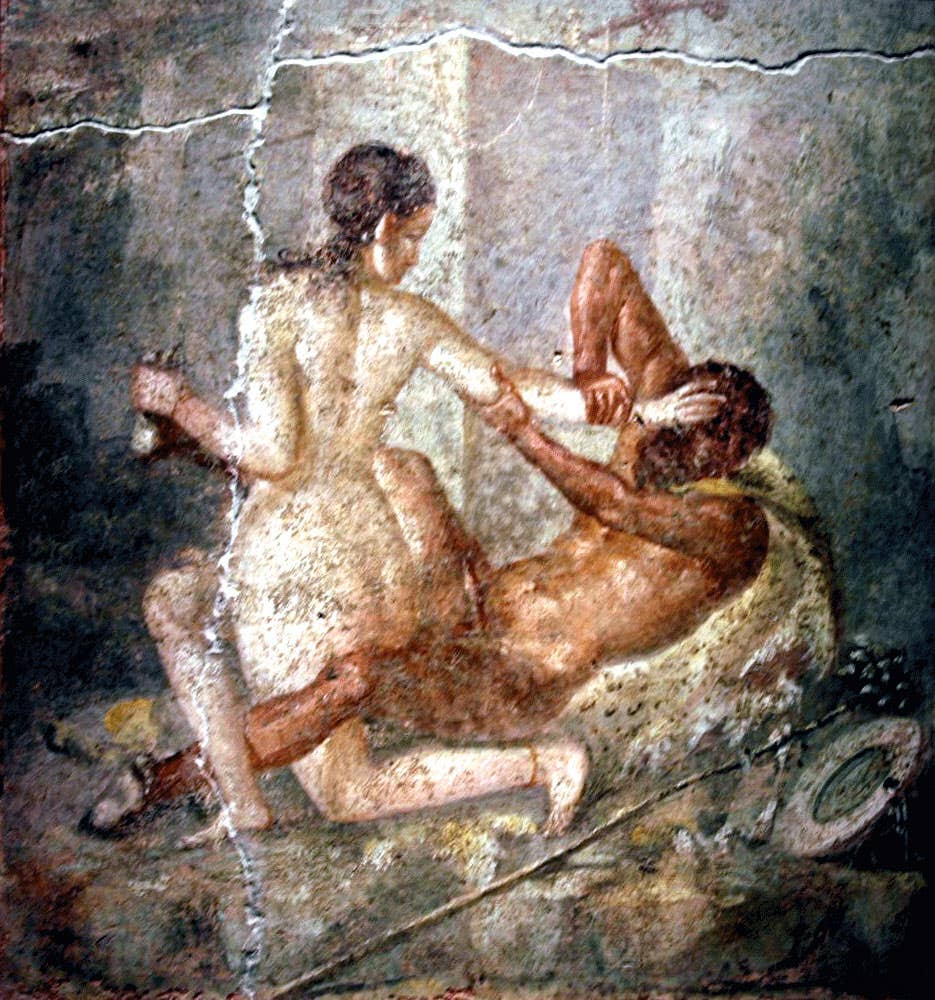