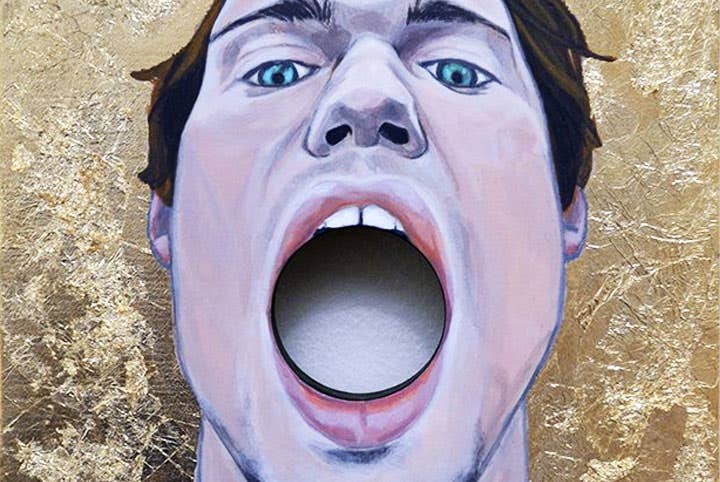 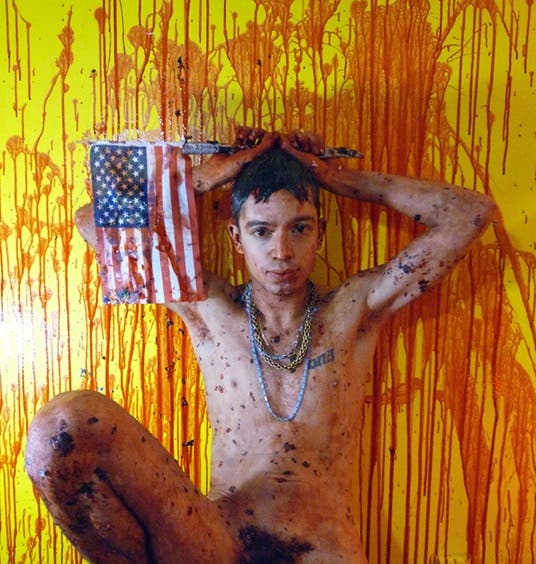 His subversive work has quickly earned him a name in the downtown New York scene of young emerging artists who participate in today's dialogue about the deconstruction of high profile, white box presentation and the desire to raise art awareness. 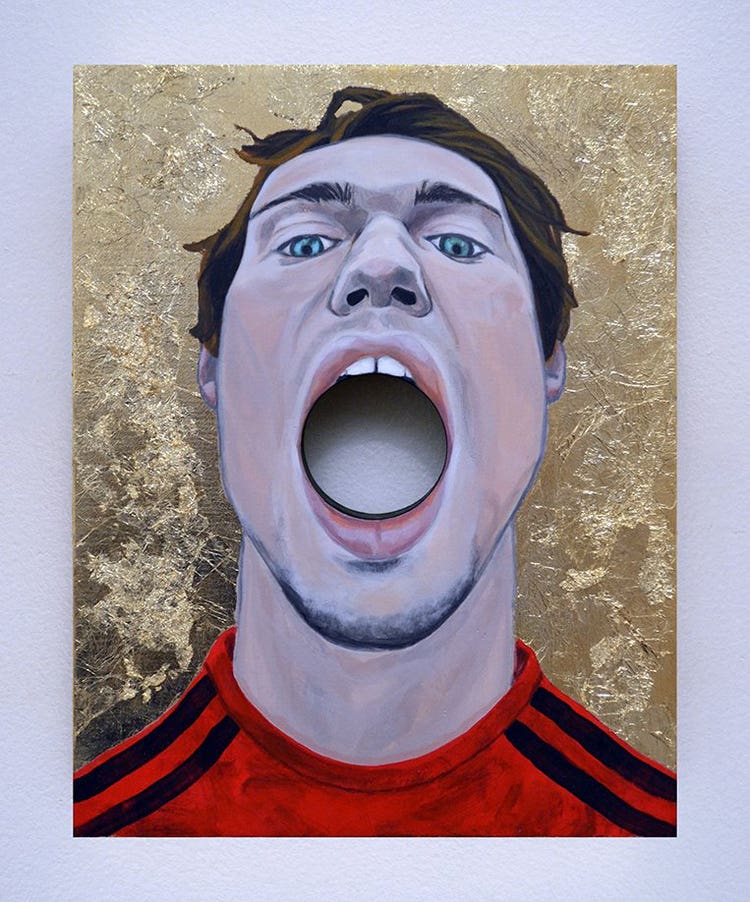 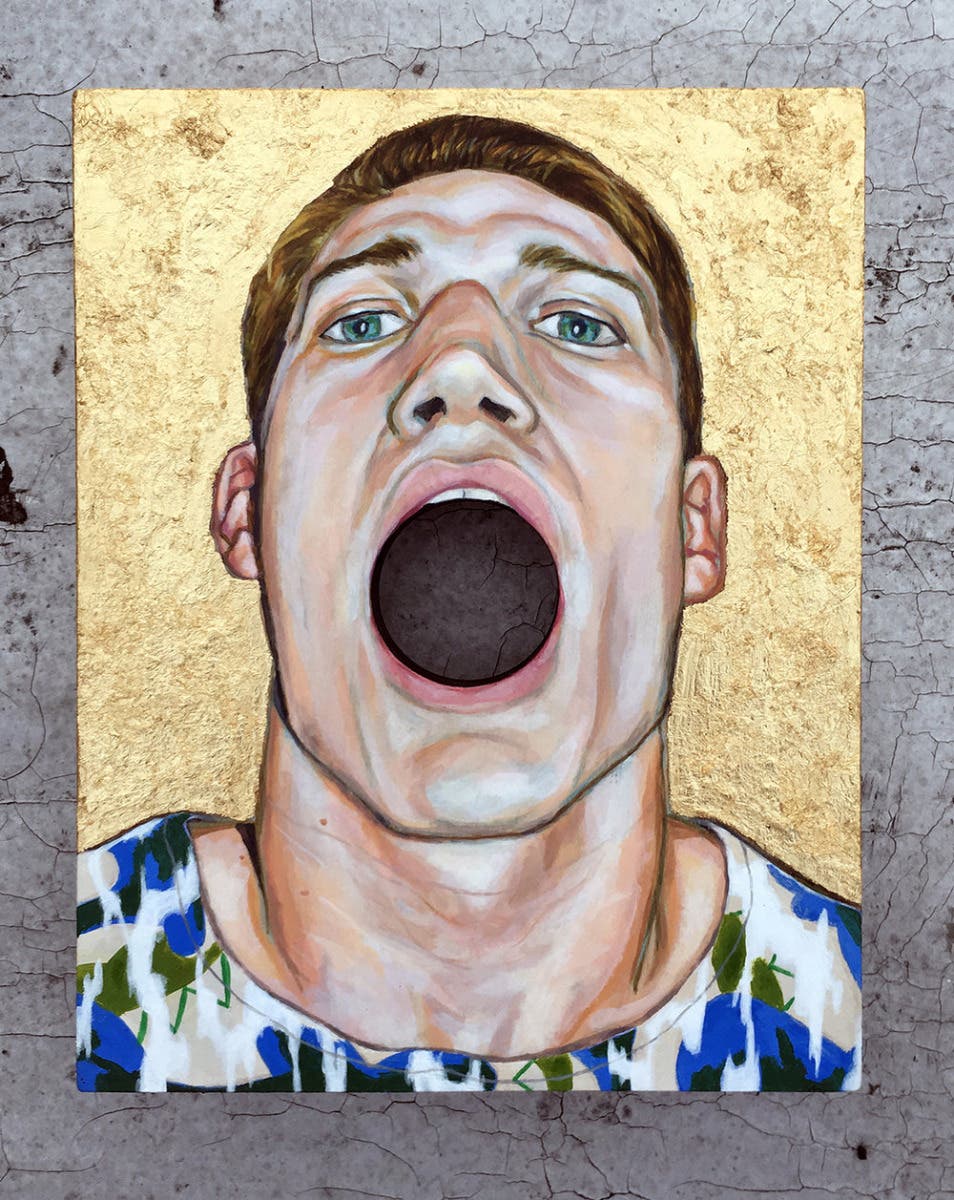 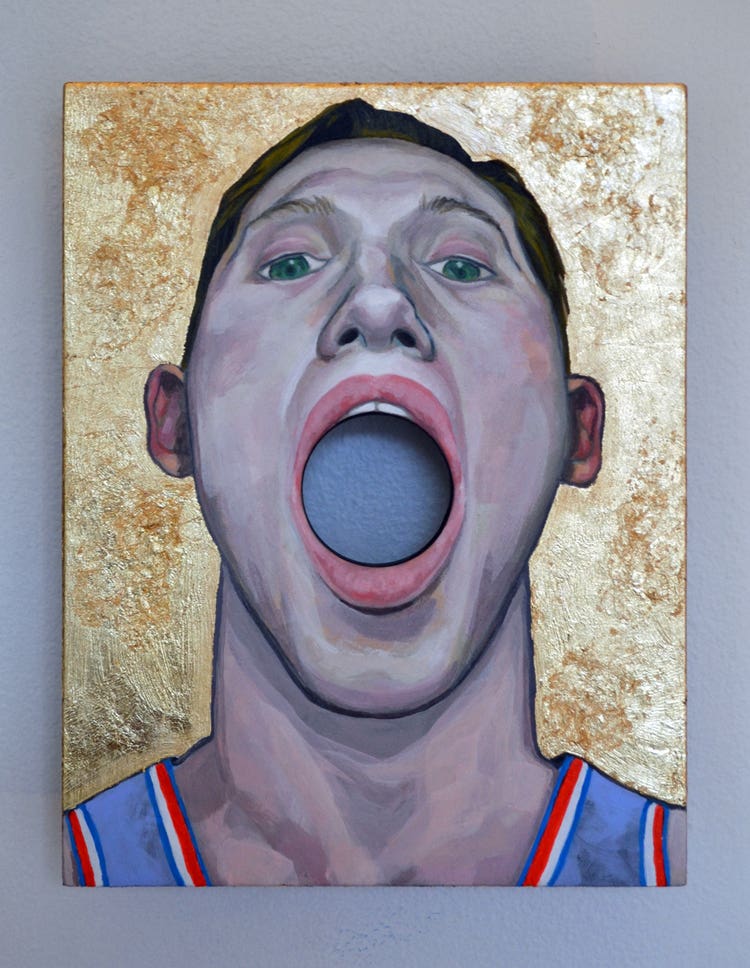 Peter’s eye-popping, sex-positive art, video, and performances explores nocturnal dreamlands and lucidity of the everyday, with themes including queer identity, the policing of boundaries, race, sexuality and immigration. 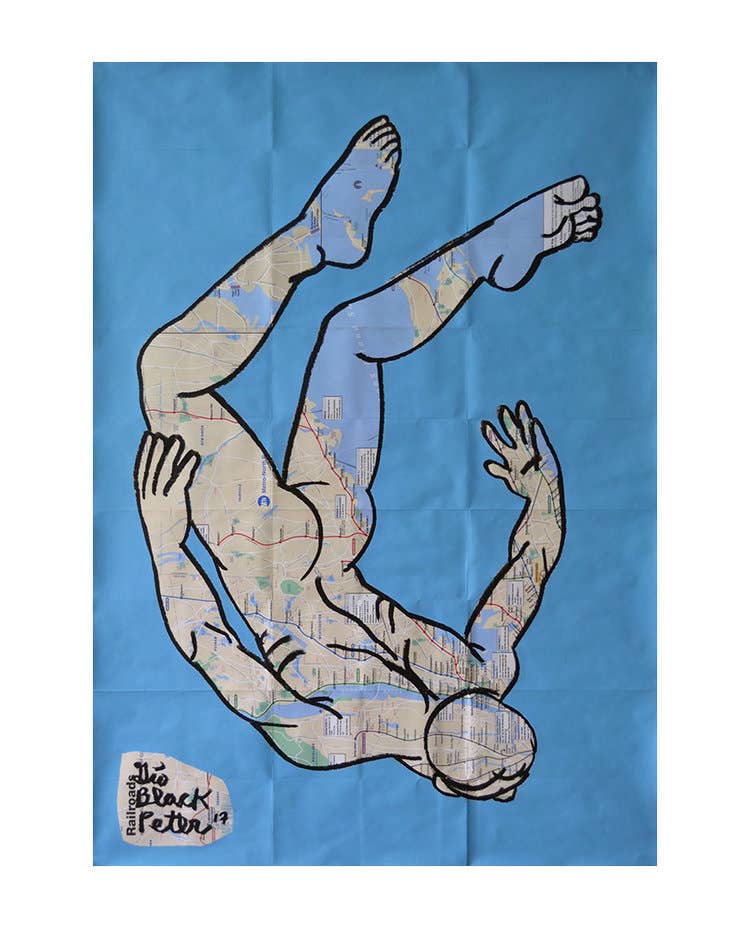 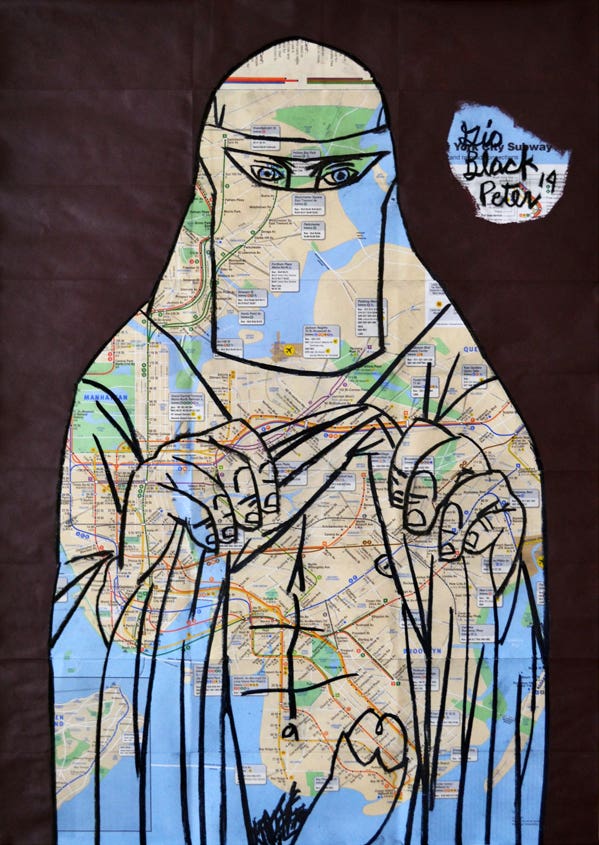 You Can't Kill Me by Gio Black Peter. Acrylic and oil pastel on NYC subway map. 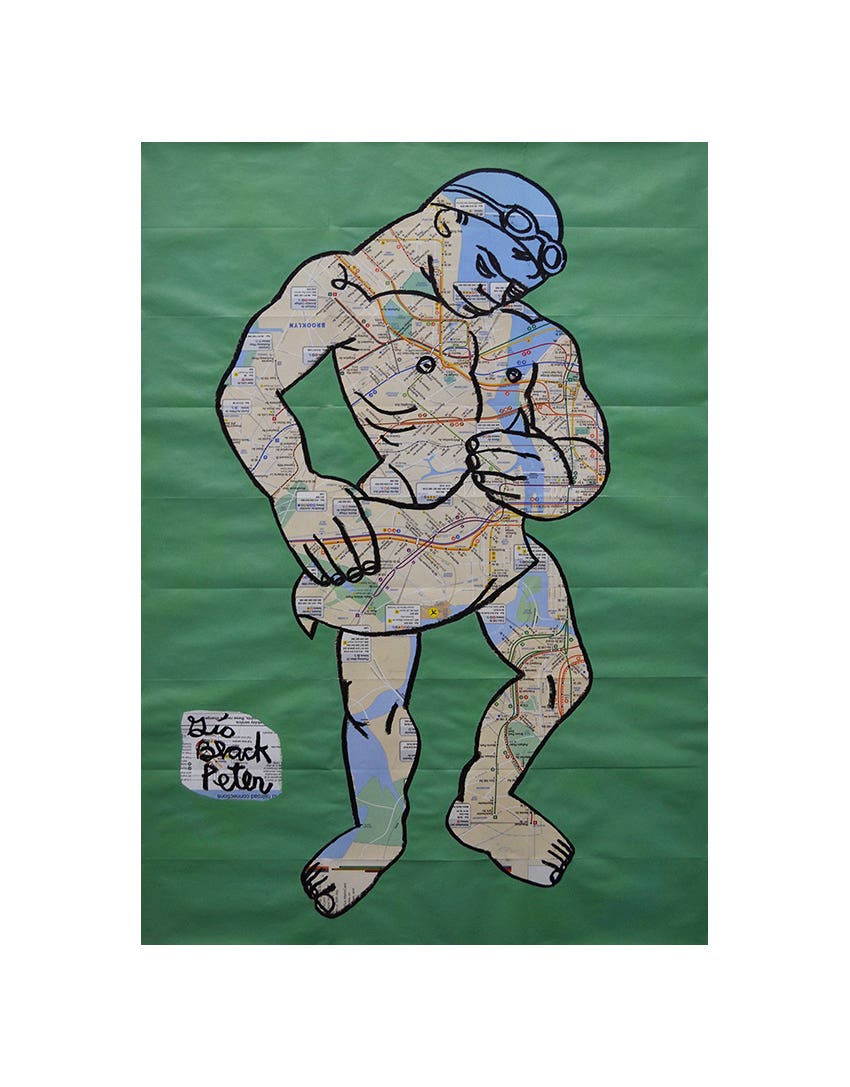 At the core of Black Peter's thinking is the idea that the life of art depends on the viewers willingness to suspend his or her rational thoughts and play into the believability of lies and realistic falsehoods. Familiarity and a seductive aesthetic draw the viewer back to Black Peter's art – a visceral exploration of vulnerability and self-reflection. 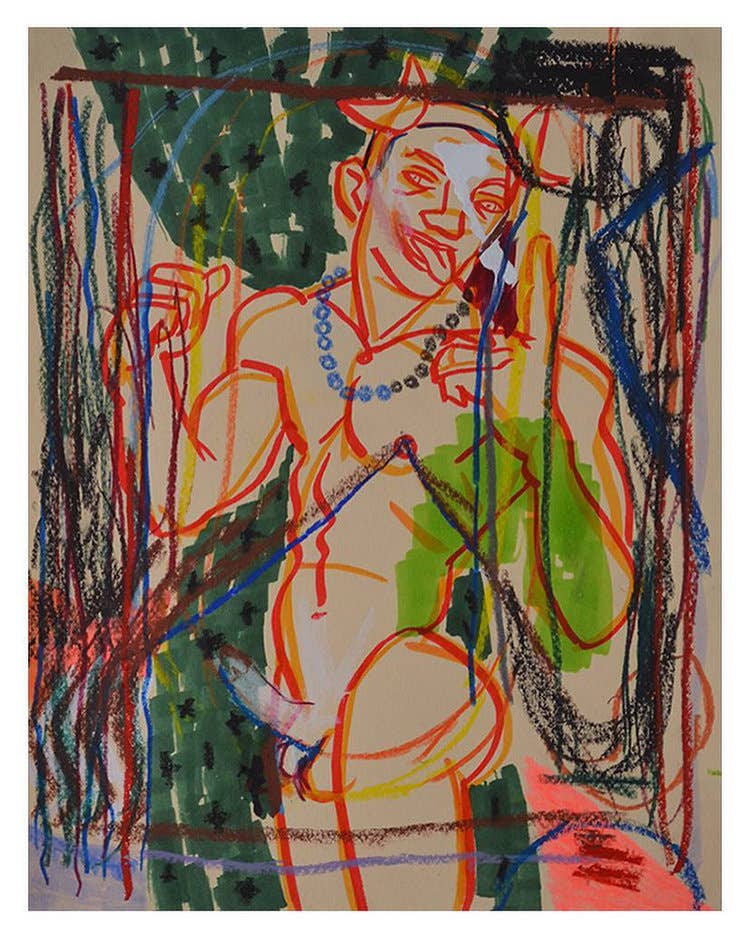 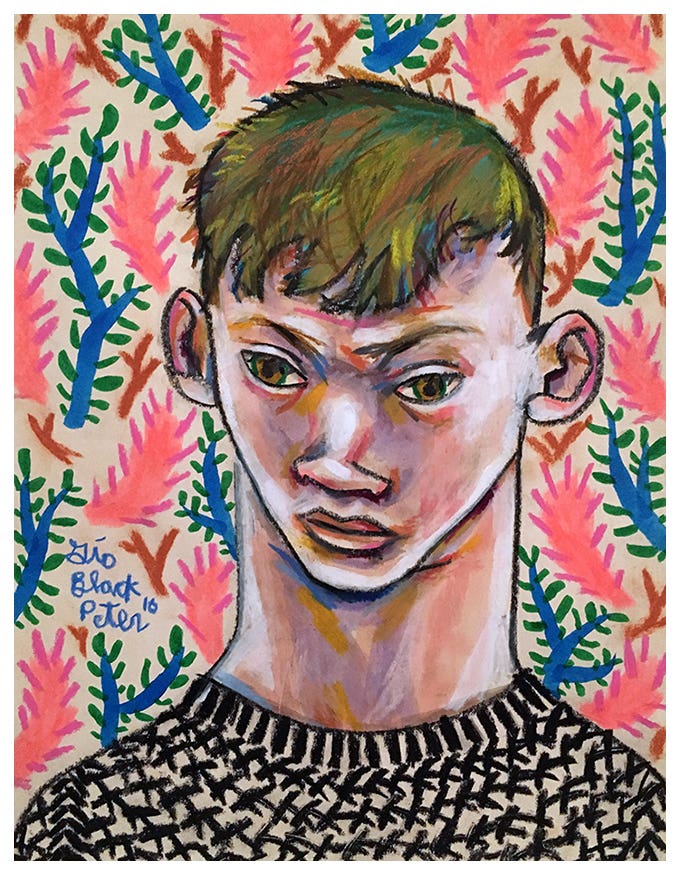 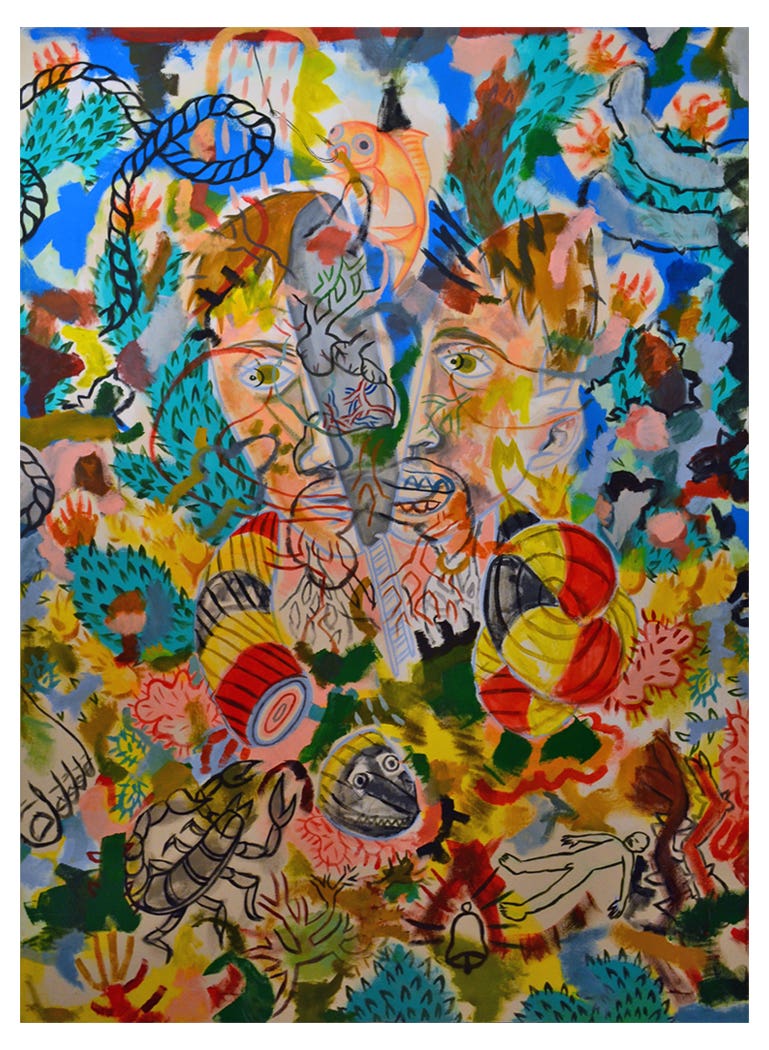 Before the Horse Drops by Gio Black Peter. Acrylic on canvas.

Gio Black Peter has appeared as an actor in James Bolton's film "Eban and Charley" (2001) and Bruce LaBruce's film "Otto; or, Up with Dead People" (2008). In 2013 he published a limited edition queer magazine "Satanica" and self-released "The Virgin Shuffle" album. In 2016 he was the featured artists at the 30th annual Hyères international festival of fashion and photography in France. 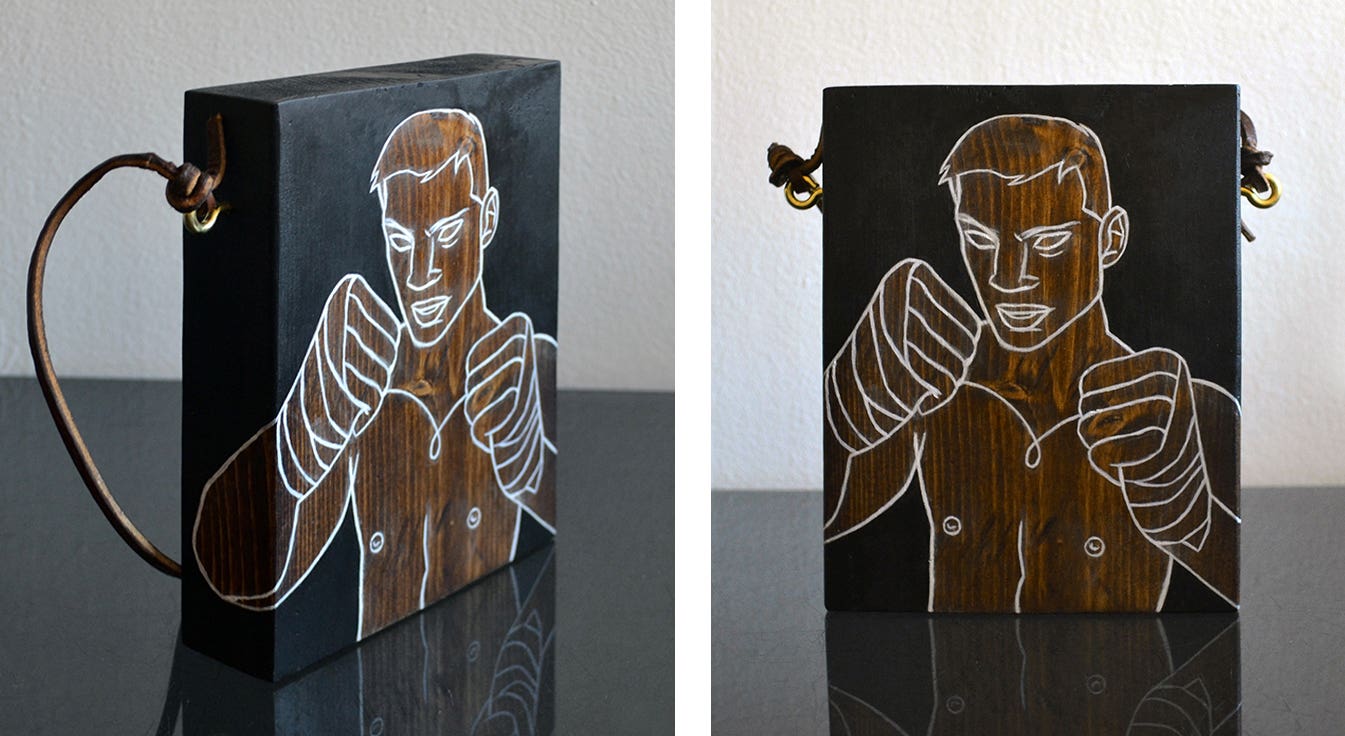 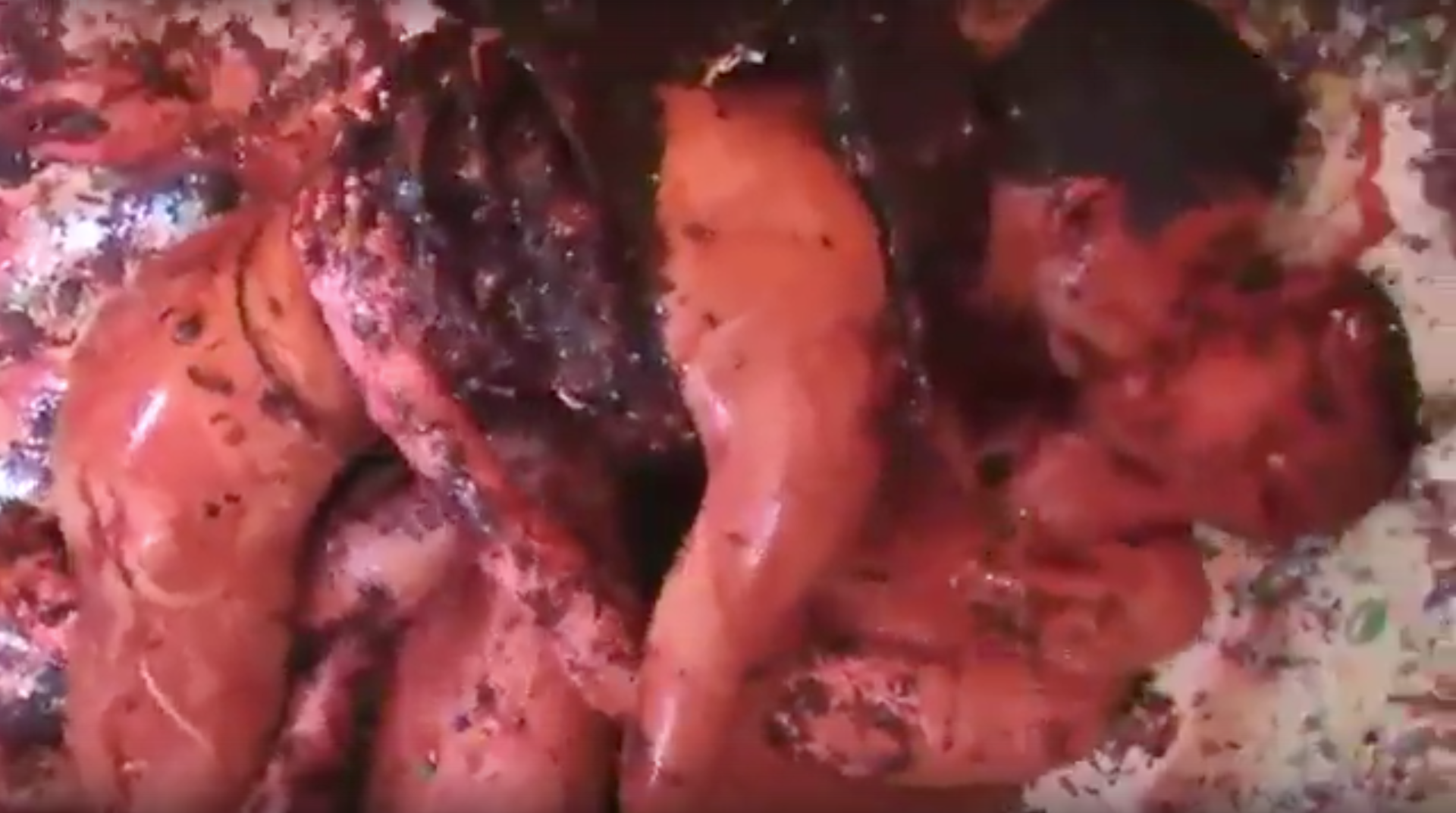 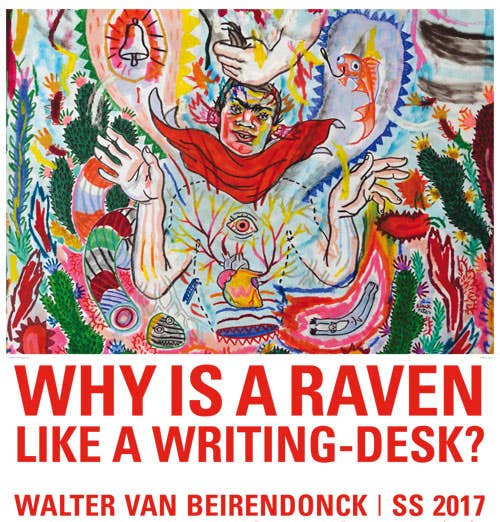 In 2017 Gio's work was used by Belgium designer Walter Van Beirendonck for his SS 2017 menswear collection. Below a scarf as seen on the website for forward fashion boutique Elkel in NYC (sold out). 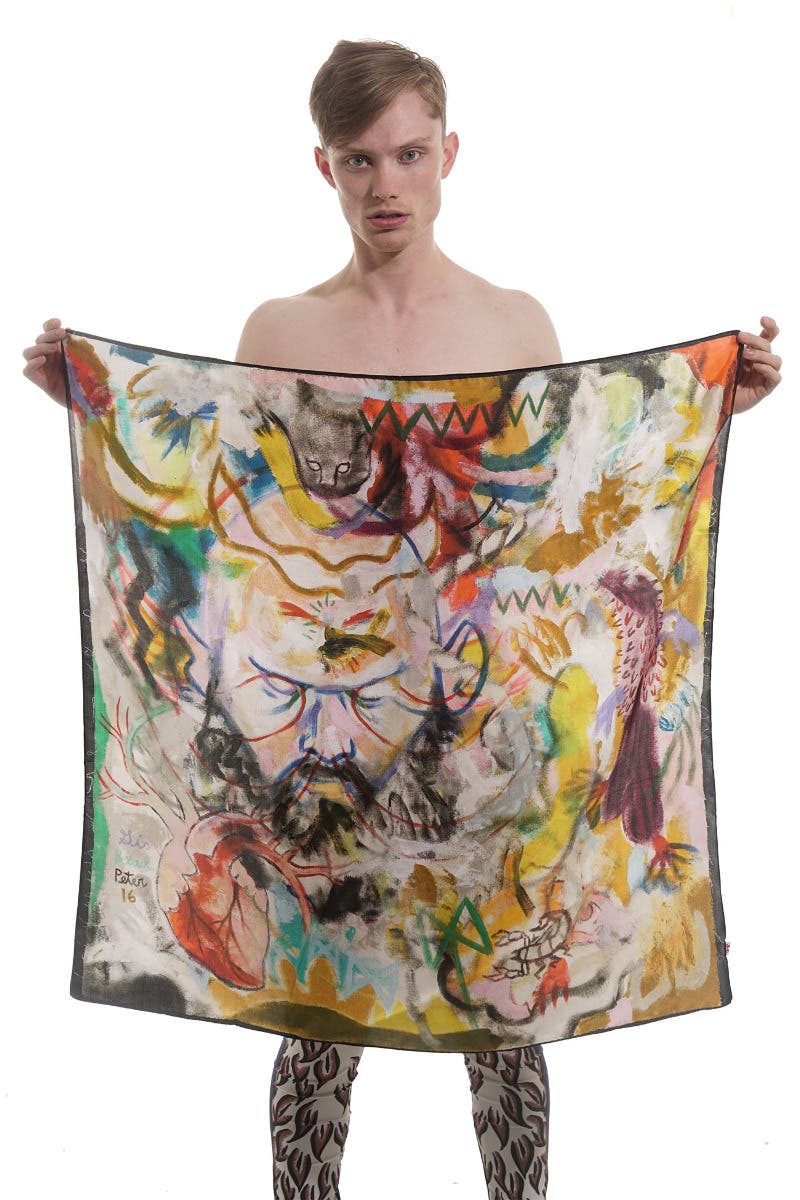 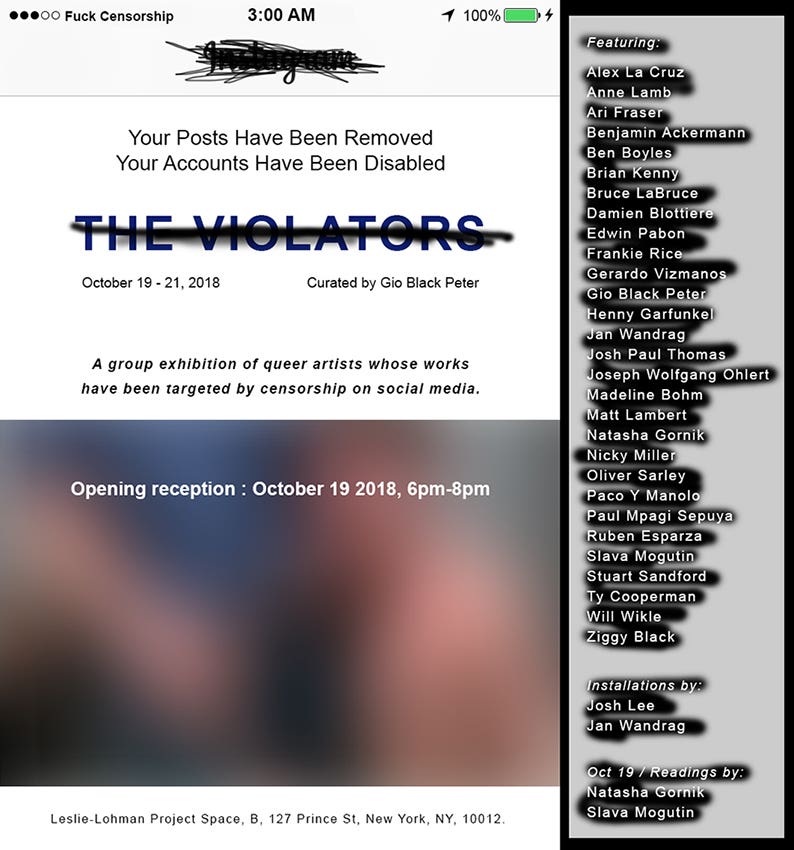 Earlier this year, Gio served as the creative director for The Black Party: Rites XXXIX, creating the "PIgtopia" theme and videos, including the happily twisted teaser and promo videos.

Gio Black Peter lives in New York City and is currently working on a forhtcoming book project and album scheduled to be released in 2018.

For more about Gio Black Peter and to view his gorgeous portfolio, visit his website at www.gioblackpeter.com and definitely check out his Instagram page @gioblackpeterx