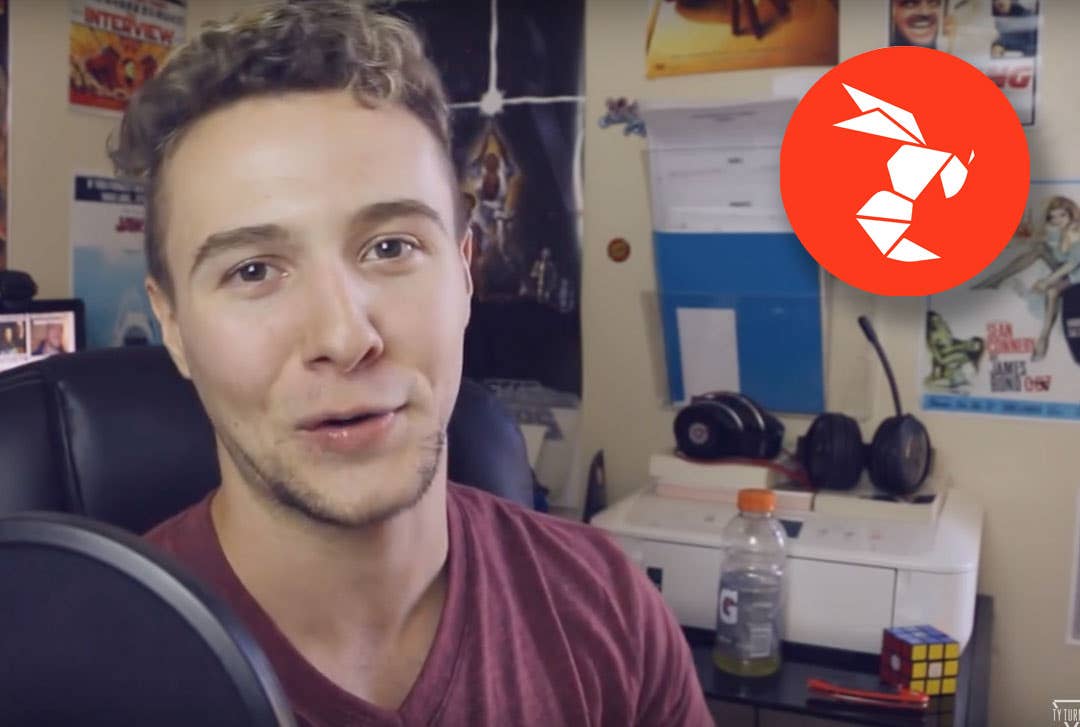 One of the best queer blogs out there is Stories from dating app Hornet (25 million users). This recent post by writer Daniel Villareal offers cis guys welcome advice from 4 top trans FTM vloggers.

A trans male friend recently told me that cisgender gay guys at bars will often hit on him without realizing he’s trans, forcing him to navigate awkward reactions when he tells them, he says. “Some guys will be like, ‘Oh, uh, sure, yeah, I guess I can try,’ or act like they’re doing me a favor if they sleep with me,” he said, “and I’m just like, ‘Forget it. I’m not your 101.” So with this in mind, I turned to a few YouTubers for some trans dating advice for gay guys who come across trans men in the wild world of relationships."...

While the Hornet app allows users to identify themselves as trans on their profile, trans guys can find it difficult to decide how exactly to share their trans identity with someone they’ve met in real life. In fact, Ty Turner says many trans men reveal their identity as if it were a guilty, scary, secret confession rather than just another personal detail.

“It’s not a confession. You are not guilty, and it is not a scary thing to be trans or to date a trans person,” he says.

Below is a sceenshot, link to the article and the first of the 4 videos. Kudos to Hornet for the post. 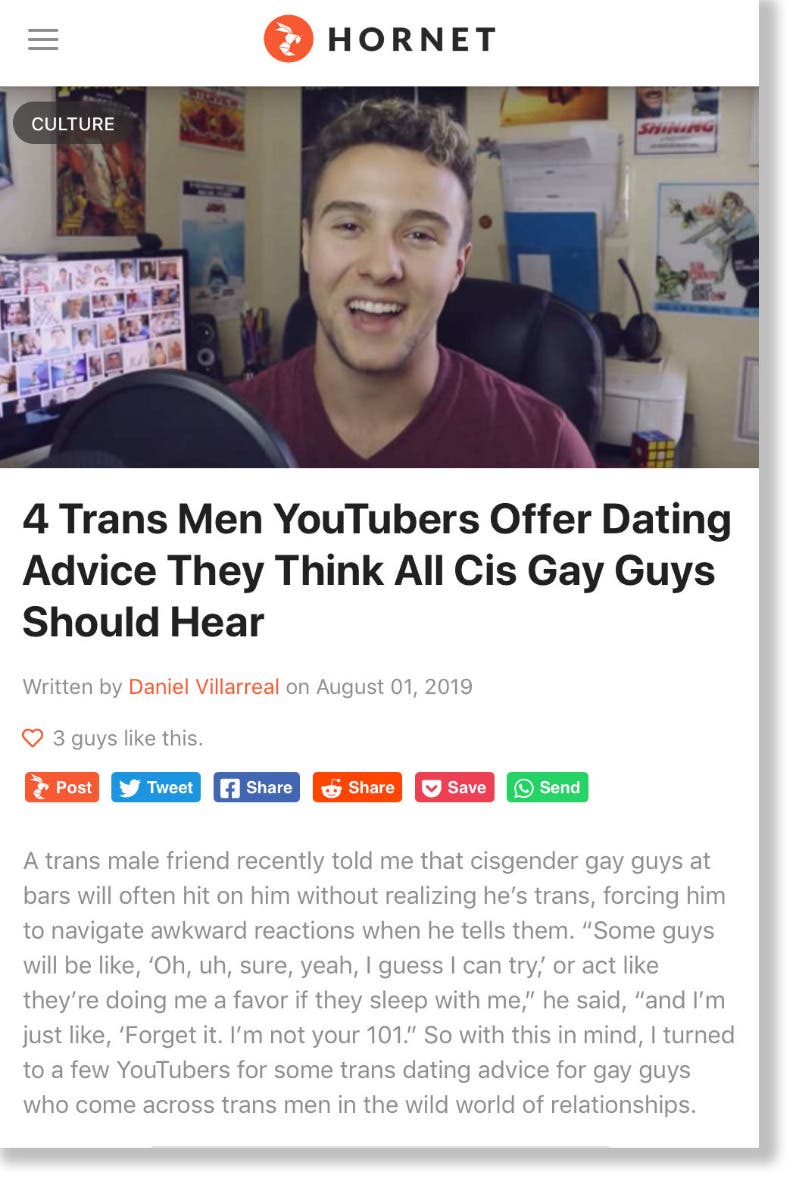